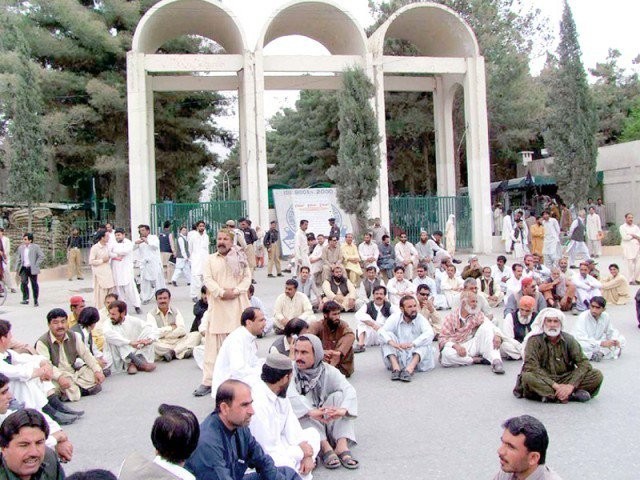 QUETTA: The Federal Investigation Agency (FIA) would present its investigation report on alleged blackmailing and harassment of the University of Balochistan (UoB) students to the chief minister and the governor on October 27.

“The investigation on alleged sexual harassment and blackmailing scandal in the UoB against students has reached its final phase and will be completed within one week, high-profile arrests are expected,” said an FIA source.

The security staff of the university concerned is accused of sexually harassing and blackmailing female students and asking many students for extortion money.

Many students’ organisations have been protesting since the case came to the limelight, demanding immediate removal of UoB Vice Chancellor Dr Javed Iqbal for his alleged involvement in the incident.

The case turned another dramatic turn on Friday when Academic Staff Association member Professor Fareed Achakzai claimed that the UoB VC was also terminated from his service back in 1992 following a sexual harassment case.