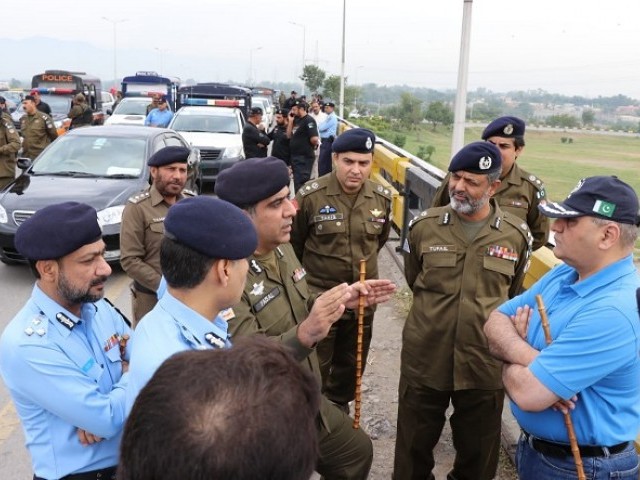 RAWALPINDI: The law enforcers have started devising their strategy to deal with Azadi March of JUI-F chief Maulana Fazlur Rehman with police department vowing to block any congregation or mob from entering the twin cities.

Maulana Fazl will march on Islamabad on October 31 to “topple the PTI government”, accusing it of coming into power through rigged elections. All major opposition parties including PML-N, PPP, ANP and PkMAP have already announced their support for the protests.

Officials of Islamabad and Rawalpindi police departments have a devised a joint-strategy to counter the protest demonstration after visiting various areas of the two cities including Faizabad Interchange on Saturday, said a statement issued by a spokesperson of Islamabad Police.

IGP Zulfiqar said those taking the law in their own hands in the name protest would be arrested immediately, adding that no group or mob would be allowed to enter the twin cities. “Rule of law will prevail on every inch of the twin cities,” he added.

The standard operating procedures (SOPs) issued by the Ministry of Interior would be fully implemented to tackle the Azadi March, he maintained.

Islamabad Police have already placed a ban on providing catering, sound system and tent services to the protesters while hotels, motels and guest houses have also been prohibited to offer them accommodation.

In written warning notice issued on Friday, the Capital Territory Police also warned crane and excavator machine operators, power generator vendors, welders and hardware stores against offering their products and services to the participants of the protest.

All Pakistan Anjuman Tajaran President Ajmal Baloch said those giving wrong advices on how to take on the protesters were not loyal to the government.

Meanwhile, JUI-F Punjab chief Dr Ateequr Rehman has warned the authorities against arresting the party leadership or else “the whole country would be locked down”. He maintained that common man would participate in Azadi March and the crowd could get out of control in absence of party leadership. 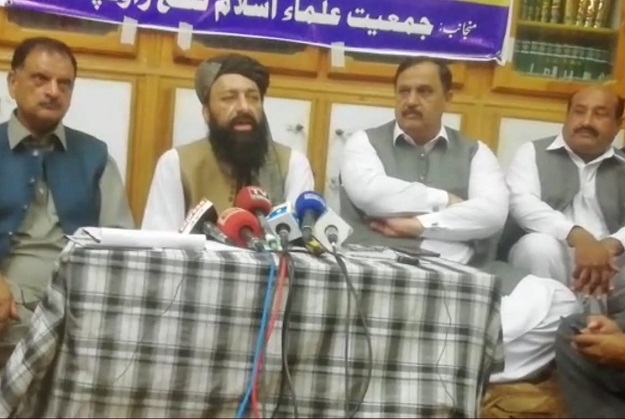 Urging all state institutions to remain in their domain, Rehman reiterated that the party did not desire clash with any institution and would peacefully enter the federal capital on October 31.