Suspec­t is seen in viral video tying childr­en upside down before ‘punish­ing’ them
By Atiqur Rehman
Published: October 19, 2019
Tweet Email 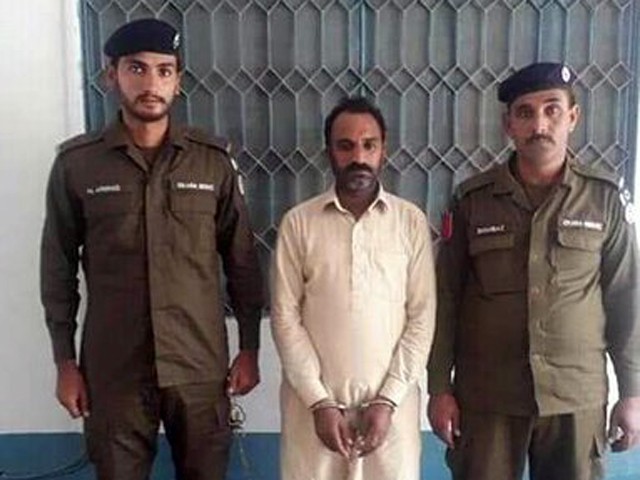 Suspect is seen in viral video tying children upside down before ‘punishing’ them. PHOTO: SOCIAL MEDIA

OKARA: A man was arrested on Saturday for brutally thrashing three minors after a video of the incident went viral on social media.

The incident took place in village 44-L in Okara. In the video, the suspect, identified as Yaqoob, was seen tying the children upside down and then proceeding to brutalise them over their insistence to meet their mother. The suspect, a close relative of the family, was asked to look after the children.

Their screams of agony did nothing to deter Yaqoob who used a shoe to physically assault the minors.

Okara District Police Officer (DPO) Jahanzaib Nazeer took notice after video footage of the incident went viral. He directed officials concerned to arrest the culprit. On his directives, officials managed to trace the suspect. Yaqoob has been arrested and a case has been registered against him.

They added that they will extend all possible support to the victims and their family.

According to the deputy commissioner, the suspect was a close relative of the children and not a blood relative as was reported in the media. The district administration has recommended that the suspect be provided strict punishment.

Man arrested in Okara for mercilessly beating up children after tying them upside down pic.twitter.com/AlKe5hCRR1

The DPO maintained that the accused has confessed to physical assaulting the children. Further investigations are under way.