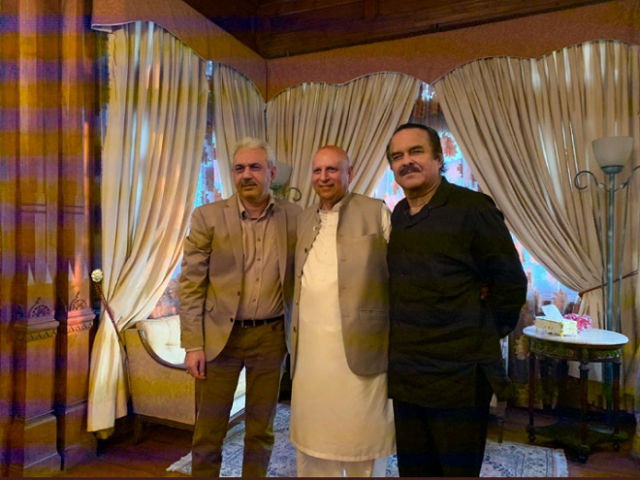 Following a meeting with the television anchor, Haque said “all misunderstandings” were removed.

“Had a very good meeting with Arif Hamid Bhatti. We removed all misunderstandings which were caused primarily by the blind and vicious Social Media,” he tweeted on Saturday.

Had a very good meeting with Arif Hamid Bhatti . We removed all misunderstandings which were caused primarily by the blind and vicious Social Media. pic.twitter.com/tdQ74LS4Om

The rendezvous was apparently arranged by Punjab Governor Chaudhry Mohammad Sarwar, who could be seen in a photo tweeted by Haque.

The pair had engaged in a Twitter spat after the TV anchor hinted that unethical activities were taking place on the fourth floor of the PM Secretariat in which Haque was involved.

To this Haque responded, “That unemployed drunk Arif Hamid Bhatti has been talking nonsense against me after finishing his bottle every evening. So far he has uttered complete nonsense and lies. Let us pray for him to get rid of his drinking and lying. May he be more at peace with himself.”

Bhatti in quick reaction said he was ready to undergo any medical test, adding, “Naeem ul haq sahib will you accompany me for your examination?”

I am ready to go to any medico – legal facility for my test. Naeem ul haq shab will u accompany me for your examination? https://t.co/9DihhcxoGC

This was not the first time the PM’s adviser had a war of words on the micro-blogging site, as earlier this year he traded barbs with then information minister Fawad Chaudhry over the appointment of MD PTV.