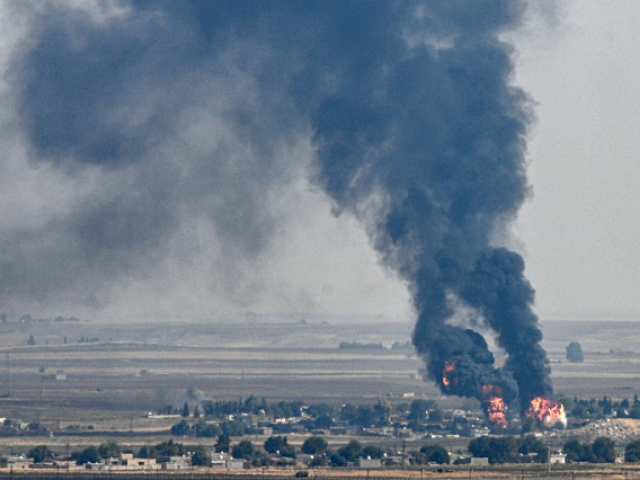 The Kurdish-held Syrian border town of Ras al-Ain has been a major goal of the Turkish offensive since its launch on October 9 but the town's Kurdish defenders have put up fierce resistance. PHOTO: AFP

TAL TAMR, SYRIA: Scattered fighting flared in northern Syria on Friday despite a ceasefire deal as Turkish President Recep Tayyip Erdogan warned he would resume a full-scale operation against Kurdish forces if they do not withdraw from a border “safe zone.”

US President Donald Trump said Erdogan told him there had been “minor sniper and mortar fire” in the region “that was quickly eliminated” and the Turkish leader assured him in a call that “he very much wants the ceasefire, or pause, to work.”

Just spoke to President @RTErdogan of Turkey. He told me there was minor sniper and mortar fire that was quickly eliminated. He very much wants the ceasefire, or pause, to work. Likewise, the Kurds want it, and the ultimate solution, to happen. Too bad there wasn’t…..

Mustefa Bali, a spokesperson for the Kurdish Syrian Democratic Forces (SDF), accused Turkey, however, of violating the ceasefire deal reached during a visit to Ankara on Thursday by US Vice President Mike Pence.

“Despite the agreement to halt the fighting, air and artillery attacks continue to target the positions of fighters, civilian settlements and the hospital” in the border town of Ras al-Ain in northeastern Syria, he said.

US Senator Lindsey Graham, who has strongly criticised Trump’s decision to withdraw American troops from Syria, said he had spoken with SDF commander General Mazloum Abdi, who expressed concerns about the situation.

“General Mazloum is concerned about the ceasefire holding and was emphatic that he will never agree to the ethnic cleansing of Kurds that is being proposed in Ankara,” Graham said.

“A buffer zone is acceptable to the Kurds but a military occupation that displaces hundreds of thousands is not a safe zone,” Graham said. “It is ethnic cleansing.”

The deal brokered by Pence was meant to provide a five-day pause for the evacuation of Kurdish fighters from a “safe zone” Turkey wants to control along its border with Syria. Ankara considers the Kurdish forces to be “terrorists” linked to Kurdish rebels inside Turkey. 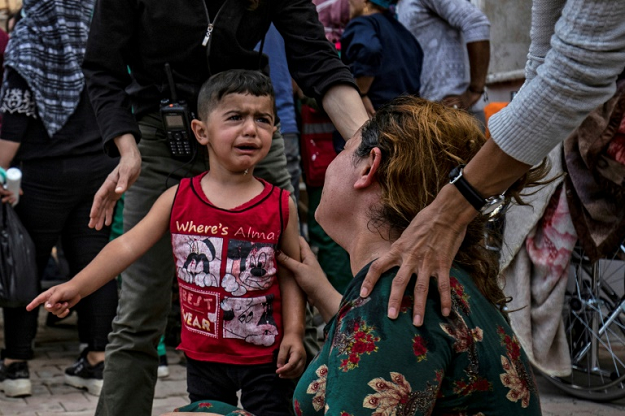 A woman and a child react as the body of a man killed during Turkish shelling near the Syrian Kurdish town of Ras al-Ain arrives at a hospital in the nearby town of Tal Tamr. PHOTO: AFP

“If the promises are kept until Tuesday evening, the safe zone issue will be resolved,” Erdogan told reporters in Istanbul. “If it fails, the operation… will start the minute 120 hours are over.”

The suspension of hostilities looked designed to help Turkey achieve its main territorial goals without fighting, but its Syrian proxies continued to clash with Kurdish fighters on Friday.

Fourteen civilians were killed in Turkish airstrikes and mortar fire by allied fighters in and around the village of Bab al-Kheir, the Syrian Observatory for Human Rights said.

US Secretary of State Mike Pompeo, who accompanied Pence to Ankara, said in an interview with Politico he was “confident” the ceasefire would take hold. 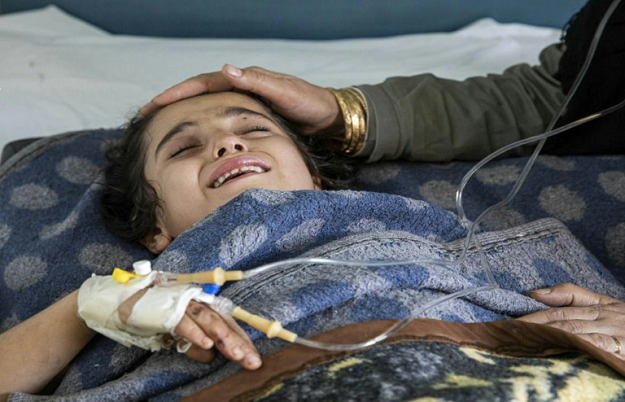 A girl wounded in the Turkish offensive against Kurdish-controlled northeastern Syria lies in a hospital bed in Tal Tamr, near the flashpoint border town of Ras al-Ain. PHOTO: AFP

“You always want it to happen faster, cleaner in a more straightforward way,” Pompeo said. “But we have some additional reporting that’s not public that suggests that we think the path is still clear to being successful.”

Under the deal, Kurdish forces are required to withdraw from a border strip 32 kilometres (20 miles) deep.

Pentagon chief Mark Esper said on Friday that US troops were continuing their “deliberate withdrawal” from northeast Syria.

“No US ground forces will participate in the enforcement of this safe zone, however, we will remain in communication with both Turkey and the SDF,” Esper said.

A senior Pentagon official said US forces would carry out aerial reconnaissance of the “safe zone” with the goal of watching over prisons holding the militant Islamic State fighters.

Thousands of IS fighters and their family members are held in Kurdish-run jails and camps across northern Syria. 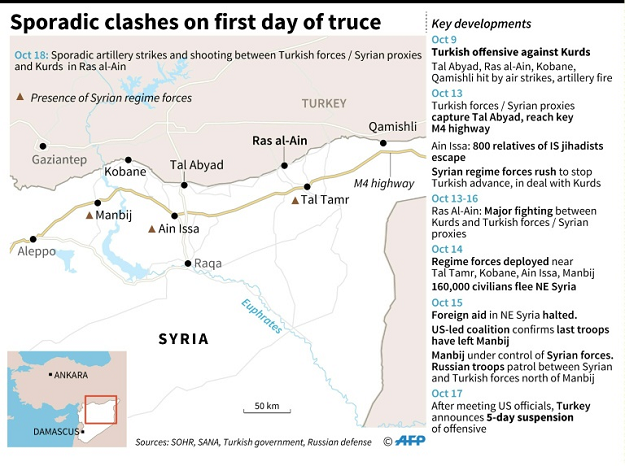 The Kurds have said hundreds of IS-linked women and children have escaped a camp, while other reports have emerged of a handful of militant breakouts.

The prospect of thousands of the world’s most radical militants escaping in the chaos has caused widespread alarm.

Trump said on Friday that “some” European countries, which he did not name, “are now willing, for the first time, to take the (captured IS) Fighters that came from their nations.”

“This is good news, but should have been done after WE captured them,” he said.

The Turkish offensive was sparked by Trump’s abrupt withdrawal of US troops from Syria, a move which triggered fierce bipartisan criticism in Washington.

Kurdish forces have put up fierce resistance in Ras al-Ain, with a network of tunnels, berms and trenches that held off the Turkish onslaught for a week. 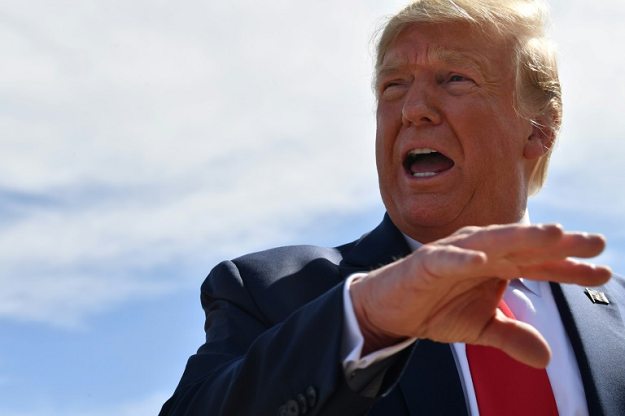 US President Donald Trump said Turkish President Recep Tayyip Erdogan assured him in a phone call that he wants a ceasefire in northern Syria to work. PHOTO: AFP

On Friday afternoon, an AFP correspondent on the Turkish side of the border saw a big column of black smoke rise from Ras al-Ain, though it was unclear what was burning.

The Turkish military and its Syrian proxies – mostly Arab and Turkmen used as a ground force – have so far seized around 120 kilometres (70 miles) of territory along the border.

More than 500 people have been killed on the two sides, including nearly 100 civilians, while around 300,000 have been displaced, according to the Observatory.

The SDF fought alongside US forces to defeat IS in Syria and Iraq, but Trump has argued that it was no longer the US role to ensure calm in the volatile area.

“It’s a complicated region,” Trump said. “Sometimes you have to go through some pain to get a good solution.”

Illegal travels: Over half a million Pakistanis sent home in five years