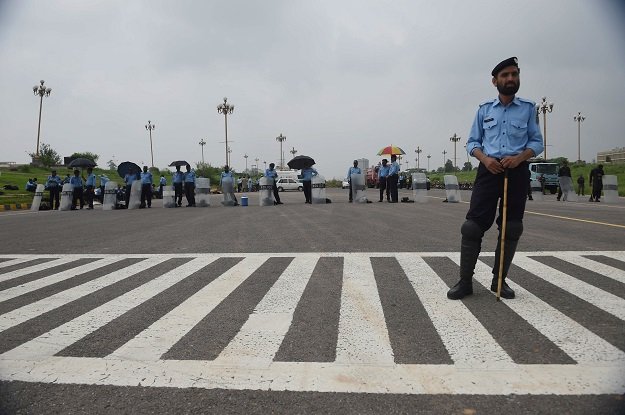 ISLAMABAD: Government has come up with a unique plan against Azadi march and sit-in of Jamiat Ulema-a-Islam-Fazl (JUI-F).

The federal police, under instructions of the interior ministry, issued notices to people associated with the business of sound system, tent, catering, hotels, motels and guest houses barring them from providing service to participants of Azadi march.

Moreover, people linked with welding workshops, hardware stores, electricity generator rental and repairs, crane and excavator have been warned against providing goods and services to the protestors.

Police have warned in the notice that the violators would face action if they do business with protestors.

A senior police officer confirming the development told The Express Tribune, that the notices had been issued to the businessmen linked with services’ business in jurisdiction of 22 police stations across federal capital. The officer added that the police would conduct a serious action against the violators.