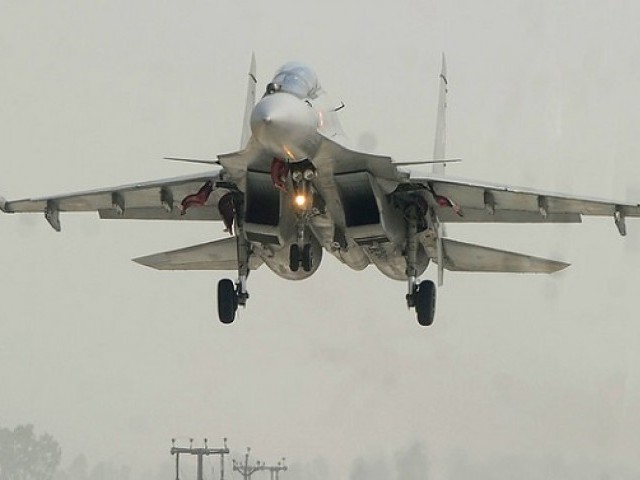 When Air Chief Marshal Rakesh Kumar Singh Bhadauria took over the Indian Air Force (IAF), we were wondering how time passes so quickly. As part of the family of a Pakistani army officer deputed for the Staff Course at the Defence Services Staff College Mirpur (in now Bangladesh), we had the opportunity to interact with the Bhadauria family as Rakesh Kumar was a Wing Commander doing a staff course at Mirpur, Dhaka. Our experience with Indian officers was that they were sharp, wily and hardworking, but had a complex about Pakistan which became more visible as time passed.

Coming back into present times, we have found the same complex about Pakistan, but more pronounced due to the Sanghi rule in India. RSS Bhakts and neo-Nazis have turned every ministry and department into the Sangh Parivar (family). Professionalism is taking a back seat and the Modi cult is the ultimate recipe to fix everything bad in India, whether it’s the downturn in economy, crash of Indian rupee, loss of millions of jobs or the Balakot tree strike; “Modi Hai to Mumkin Hai” (with Modi it is possible).

The February 27 counterstrike by the Pakistan Air Force (PAF), which shot down two IAF intruders, including Wing Commander Abhinandan (some social media activists call him “Abhi none done”), shattered many myths regarding the Indian armed forces and the false aura they had created in the past 20 years.

With the Balakot tree strike, which killed a brave Pakistani crow and injured 10 trees, Indian politico leadership started a blitz of lies and deceits and as “Abhi none done” was “undone” by the PAF and was escorted across the Wagha border in shame, this charade of lies and deceit became a shameless cover-up. Unlike a head of any professional force, former IAF chief Dhanoa was forced to become the face of this cover-up. Despite all the twists and fake stories telling the brave intrusion of Abhinandan and shooting down of a PAF F-16, the international experts on air warfare did not buy the Indian charade of lies and Dhanoa had to do a catwalk with Abhinandan till the last day to keep up the IAF’s morale.

Bhadauria, like a true Rajput, did acknowledge part of the truth that the IAF air defence system had shot down their own helicopter right at the Srinagar Air Base and that a military court would sort out those responsible. Our advice would be to put ex-chief Dhanoa into a lie detecting test and maybe Bhadauria will have to court-martial a lot of the top brass of the IAF for covering up this blatant lie. Unfortunately, the Modi-Amit-Doval circus won’t allow that, as accountability of the military would mean accountability of the political decision makers who wanted to take advantage of the clouds to hide their radar signature.

If one looks at the PR media campaign of the Indian military after February 27, one can see a deliberate attempt on giving more space to the IAF. This campaign has four major facets.

The façade of bravado and fakery to cover up the faux pas of the Balakot incident; project IAF’s technological and numerical superiority by advertising the latest procurements on an almost daily basis; conveying to the PAF that India has taken a head lead over Pakistan in acquiring modern hardware; and lastly, showing political pooja paat as essential element of military power and use of nimboo narial and laddus (lemon, coconuts and sweets) to justify the Shastra Pooja.

Maintain the bogey of limited conventional war under nuclear overhang.

But there are sane and serious voices in India, who are cautioning the politico military leadership. Pravin Sawhney has been regularly commenting on why Pakistan is not a walkover and the fact that Chinese military has marched ahead of India in almost every field and this illusion of machismo and false bravado was of no use.

Although Balakot tree strike and the PAF counter-strike lasted for few hours, the PAF’s aggressive response sent some very strong strategic signals across the globe. Pakistan conveyed to the world that it can display a sure footed response based on political intent and was ready to climb the escalation ladder in a nuclear overhang, when it comes to territorial integrity and honour of the nation. The PAF proved that Indian technological and numerical superiority was a myth and the PAF could dominate the skies over South Asia by displaying superiority over the IAF in technical, technological, training and operational domains. The PAF also displayed unwavering faith in Allah Almighty and the cause of Pakistan.

Pakistan also re-established nuclear deterrence by a quick and bold conventional response, the mere fact that Indian politico military leadership did not venture across the LoC or the international border after 27th February proves that India chickened out in this brinkmanship.

Pakistan’s defence forces displayed that a battle-hardened force can compensate for technological or numerical asymmetry, and there is no alternative to experience.

This takes us to our last part of the paper, an advice to Air Chief Marshall Bhadauria: It’s the spirit and real force which fights in battle. The US-led coalition has the best weapon systems, smart bombs and even nuclear power, but they still failed in achieving their objectives in Afghanistan. Induction of modern weapon system is a common feature in all defence forces, but the Indian military is reminding the hapless people of India that next time they will overpower Pakistani military through numbers and technology. Is this advertisement born out of fear?

Dhanoa, the ex-IAF chief, had a peculiar habit of answering every question with the word ‘No’ and he kept lying through his teeth to convince a Bollywood Zombified audience of more than a billion people that Balakot tree strike was real and ‘Abhi Non Done’ really hit an F-16 before going down. Rakesh Bhadauria should avoid that.

The IAF has the worst air safety records in South Asia and they have lost more than a dozen aircraft in the past one year. When Modi said that he wished Rafale was there on February 27th, it was a slap on the face of the largest air force in the region. This statement by Modi points out that the IAF was unfit for war without new inductions. Should Dhanoa and his team be made accountable for this admission? While we congratulate Mrs Asha Bhadauria on becoming the Chief Parton of AFWWA (Air Force Wives Welfare Association), there is a need to control AFWAA Sazi (Fake news in Urdu) in IAF. The new IAF chief should try enroll some real pilots: Coconuts won’t work in war.

Royal spotlight on our glaciers