Dozens set tires on fire, some of them rippin­g out billbo­ards
By Reuters
Published: October 18, 2019
Tweet Email 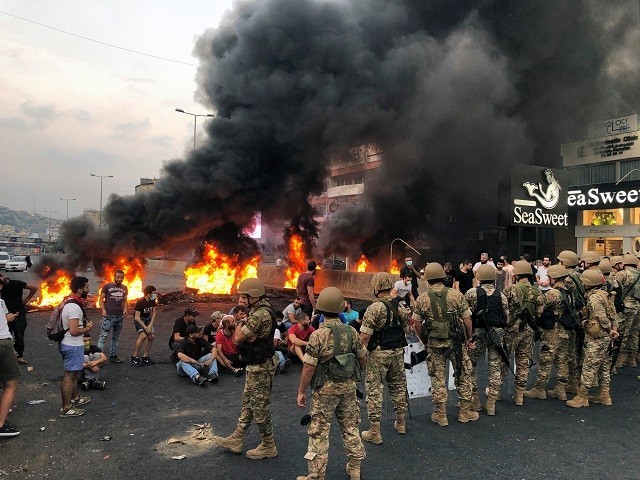 Demonstrators sit together during a protest over deteriorating economic situation, in the city of Jounieh, north of Beirut. PHOTO: Reuters

BEIRUT: Demonstrators and police clashed in Lebanon on Thursday as thousands of people rallied against the government’s handling of an economic crisis, in one of the biggest protests the country has seen in years.

The government backed down from plans, announced hours earlier, to tax voice calls made through the Facebook-owned WhatsApp messaging software as people vented their anger at the political elite in the second nationwide protests in less than a month. 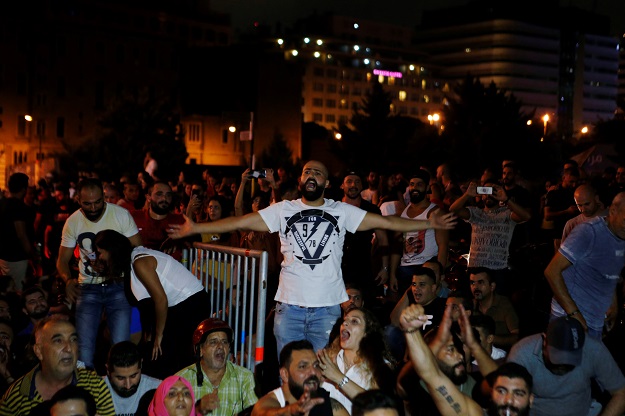 People gesture and chant slogans during a protest over the deteriorating economic situation in Beirut. PHOTO: Reuters

“I was sitting at home and I saw the people on the move and so I came out,” said Cezar Shaaya, an accountant protesting in Beirut. “I am married, I have mortgage payments due every month and I am not working. It’s the state’s fault.”

“The people want to topple the regime,” they chanted. 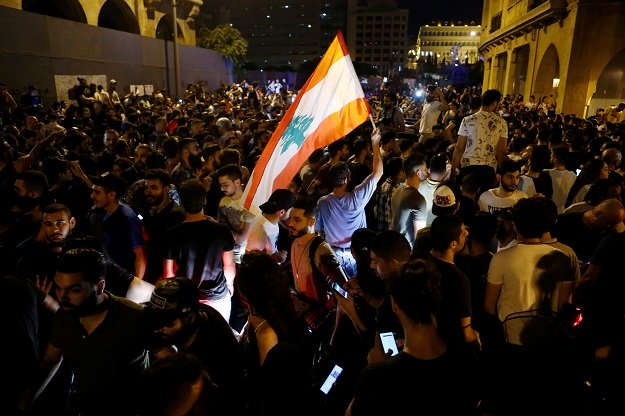 A demonstrator holds a Lebanese flag during a protest. PHOTO: Reuters

Nearby, dozens of young men on motorcycles circled a main crossroad and set tires on fire, some of them ripping out billboards to toss them into the rising flames.

The protests have been fueled by stagnant economic conditions exacerbated by a financial crisis in one of the world’s most heavily indebted states.

The government, which has declared a state of “economic emergency”, is seeking ways to narrow its gaping deficit. 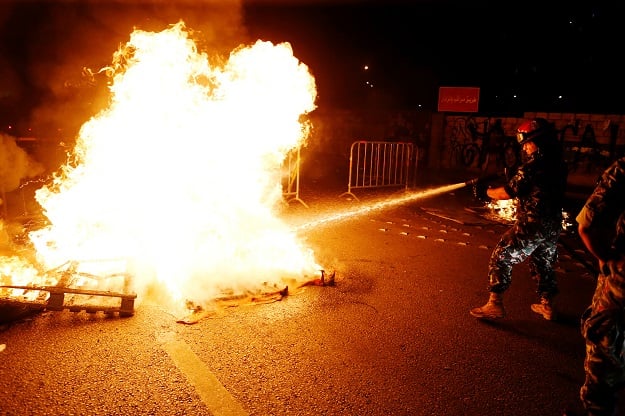 A member of the Lebanese general security extinguishes fire during a protest. PHOTO: Reuters

A protester burning tires in the southern village of Tel Nhas said: “We are asking for jobs, for our rights, electricity, water, we are demanding education”.

Lebanon faces high debt, stagnant growth, crumbling infrastructure and reduced capital inflows. The Lebanese pound, pegged against the dollar for two decades, has been under pressure.

Prime Minister Saad al-Hariri’s government of national unity is seeking to approve a 2020 budget, a step that may help it unlock billions pledged by international donors.

The education ministry said schools would close on Friday after the protests. Public administration employees declared a strike so that workers could join protests expected for Friday.

The government unveiled a new revenue-raising measure earlier on Thursday, agreeing on a charge of 20 cents a day for calls via voice-over-internet protocol (VoIP), used by applications including WhatsApp, Facebook calls and FaceTime. 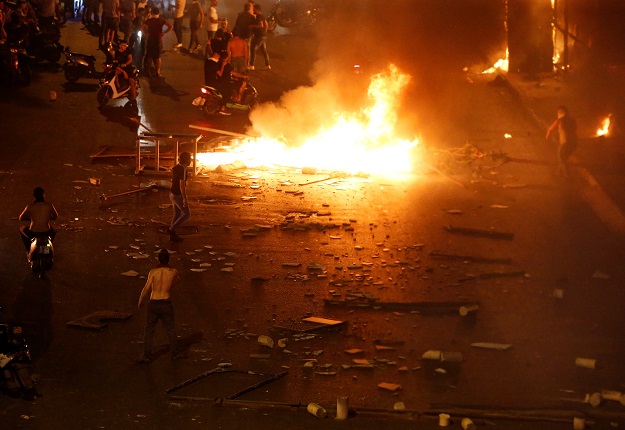 But as protests spread across Lebanon, Telecoms Minister Mohamed Choucair told journalists the proposed levy on WhatsApp calls had been revoked.

Hariri had said the measure was expected to net about $200 million in revenue for the state each year.

Lebanon has only two mobile service providers, both state-owned, and some of the most costly mobile rates in the region.

Finance Minister Ali Hassan Khalil said the draft budget he had submitted to the Cabinet was free of new taxes and he remained committed to passing a budget without new taxes.