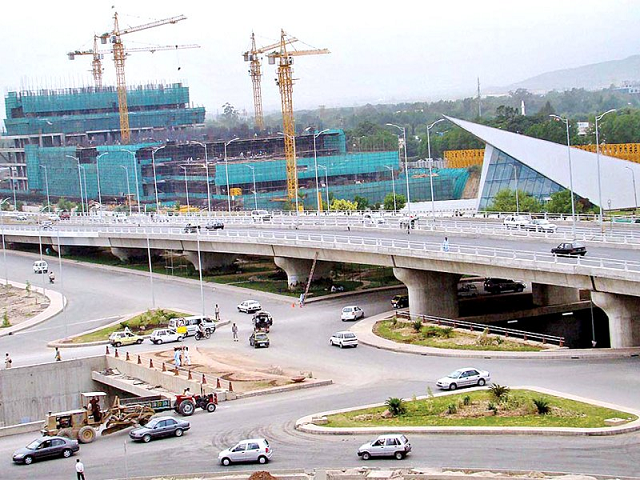 Shah urged the residents of Islamabad to play their due role as responsible citizens, in beautification of the city.

“The federal capital belongs to you and the whole Pakistan and you have every right to take steps for beatification of the city,” he said, advising the people to make the city clean, green and garbage-free.

He appreciated MNA Ali Nawz Awan for focusing on development of the city, adding that the underpass connecting sectors G-7 and G-8 would facilitate residents of the two sectors. He expressed confidence that the federal capital would become more clean and green in the coming days.

According to a press release issued by CDA, Faisal Avenue underpass was approved in 2015 but it has not been shown seriousness in implementing this important public welfare project, including development projects. Keeping In view of the importance of public utility projects and to make practical workable possible, the incumbent management of authority has prioritised and reviewed the project and approved the PC-I and further decided to all stalled projects which were stopped from the last so many years.

After completing all the codal formalities, the CDA-DWP, in its 43rd meeting in May, reviewed and approved the project and decided to extend the project’s construction period; however it was emphasised to ensure that the cost of project would not be increased as well as change in location.

In the light of this decision, the incumbent management invited bids through the newspapers and after fulfilment of all codal formalities in the shortest possible time; accordingly, contract was awarded to the lowest bidder firm. While, the approve construction cost of underpass was Rs351 million.

The project has been formally started today after receiving the NOC from the Environmental Protection Agency (EPA). Since the project has started for regular development work on today.

The underpass, constructed on Faisal Avenue, with cost of Rs268.905 million, Rs72.280 million on roadwork and Rs17.906 on drainage system. The construction period for this underpass is one year.

The commencement of Work on the projects for the facilitation of the residents of the nearby vicinity and to cater for the traffic congestion facing by the general Public  required  immediate construction of this underpass.

Prior to the commencement of the Faisal Avenue underpass construction project, a lot of work has been done around the project so that the construction of this project could be speed up and for the easement of the residents of Sector G-7 and G-8 reduced the traffic hazardous and better environment in Islamabad.

In this regard, 990 plants were planted in the F9 Park. Similarly, 100 plants were also planted near this underpass.