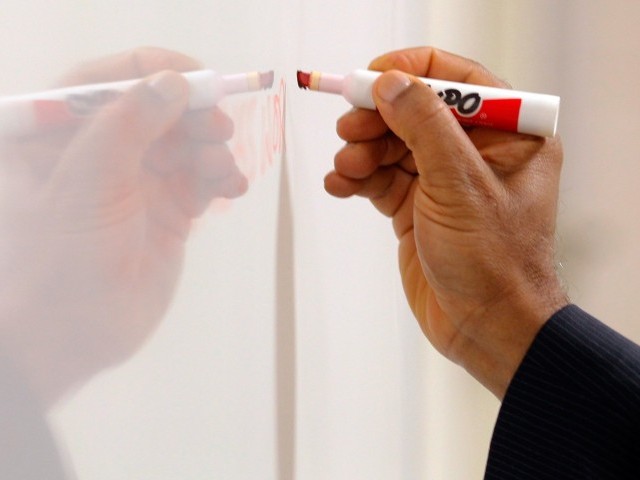 The Khyber-Pakhtunkhwa (K-P) education department released it’s Quality and Access scorecards which assessed the performance of government officials working in the field of education and were deliberated in a meeting of District Performance Scorecard at the K-P Directorate of Elementary and Secondary Education.

The DPS reviewed the performance of some 56 district education officers (DEO) (including 28 male and 28 female) in the settled districts of the province as per the targets set in their District Education Plans. Officials were awarded points if they had achieved their set targets and were deducted points if they did not.

To assess performance and the quality of education provided, results of students of grade V, Grade VIII, grade X, and XII were provided by the Board of Intermediate and Secondary Education (BISE).  Other quality indicators include visits completed under School Quality Management Initiative, performance and participation of teachers in schools, Continuous Professional Development (CPD) programme and Induction programme.

In the access scorecard — which measures indicators that enable children to enroll in schools and motivate students to stay in schools such as attendance of students, teachers, and non-teaching staff along with functionality of schools, facilities — Mardan DEO male was first, Upper Chitral DEOs male and female were joint second, followed by DI Khan DEO female, Lower Chitral DEO female, Mardan DEO female and Charsadda DEO female in the third place.

Most DEOs showed a three per cent improvement in student learning outcomes. Moreover, they were able to ensure 90% attendance of teachers in schools with Lower Dir and Swabi topping the list.

Monthly attendance reports showed that the Malakand division has the most missing teachers and dysfunctional schools while there were as many as 42 inoperative schools in Upper Kohistan.

In functional facilities in the female schools category, Charsadda had the worst situation. Among boys schools, Swabi, Nowshera and the provincial capital shared the top spot.

The scorecard showed that there was an overall 80% attendance of students in the province during August and September.

In June 2019, it said that DEO officers managed to get seven schools functional. Overall 76% of the schools in K-P have functional toilets, electricity, drinking water, and boundary walls. Moreover, 90% of unauthorized teacher absenteeism cases have been resolved.

Dengue cases soar past 5,500 in Khyber-Pakhtunkhwa