FADING MOTIVATION: Talha says he is losing his passion when he sees how little his craft is cared for in Pakistan, however, love for Pakistan and his father Muhammad Islam Hafiz help him to keep going forward. PHOTO: AFP
KARACHI: Even in winning it seems Pakistan's top weightlifter, a role-mode despite being so young and Commonwealth Games bronze medallist, Talha Talib is losing.

He is losing his passion when the 20-year-old sees how little his craft is cared for in Pakistan. His passion is fading away, yet the love for his country and his father Muhammad Islam Hafiz keeps him going.

He will be representing Pakistan at the Asian Junior Championships in Pyongyang, North Korea from October 19 and he will be striving for his place at the Olympic qualification there. 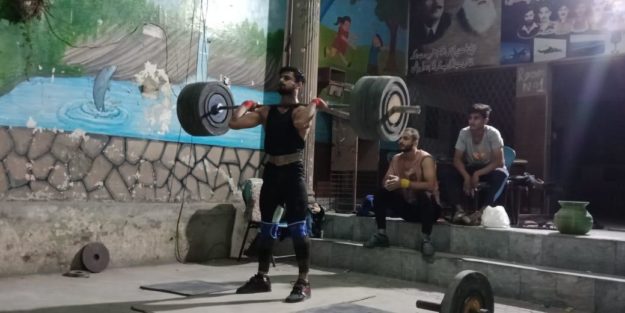 Talha competes in 67kg and from 2015 onwards, him along with Nooh Dastagir Butt in +105kg, have only shown what the young athletes can do if they persist, but Talha feels there is a deeper sense of yearning that the government and the corporates can care, or have a concern for what him and other weightlifters like Nooh are doing.

They have dedicated their lives to a sport that they have proved their mettle in and still the country is failing to see it beyond photo-ops and temporary celebration.

And all of this coming with expectation that there will be medals without much care.

There is a lack of funds, no national camps and worst of all there had been no plan from the Pakistan Sports Board as to how athletes can get top facilities all year round. Meanwhile, Pakistan Olympic Association (POA) has been supportive only through their words, but nothing more.

"I know there are expectations,"Talha told The Express Tribune. "I want to serve, I'm weightlifting and training all year round, whether I have pain or not, whether I am well or not, like a soldier, I train that at any moment I can get an opportunity to compete. But I'm doing this for Pakistan and for my father. He has worked so hard on us, on me. The federation tries to do whatever they can in terms of funds too. We never know when we are going for an event, we only find out about it a few weeks before. 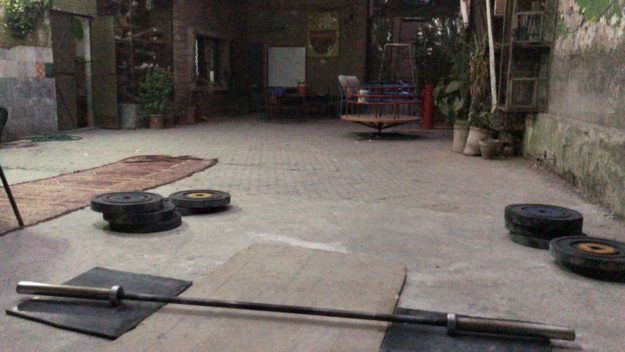 "I feel now my passion has faded a bit, it is not the same like it used to for me. I loved it more. Now I don't want to lift anymore, it is not for me anymore. When I see others, let’s say my top competitor in my category from Uzbekistan, he has already competed in six events and more this year, and this Asian Junior Championship is just my second."

Talha feels the stress that he needs to serve and win, but more than anything the anxiety takes over too at times that he tries to subside through prayers and hard world in Gujranwala, his gym where he trains.

The Wapda athlete is more than just a good athlete; he is a great son too, especially to his father Islam, who had won the Asian bronze medal in powerlifting in 1999.

"He gets a salary from Wapda, but that is not even enough for his diet expenses. But he tries to arrange it on his own. He is a good son and a greater athlete. I've trained him to be patient, but it becomes very difficult, he is young but he tries to arrange it on his own. I see his struggle, if only the government and the authorities can see it too. We are not asking it for free, he has proved it with results," said Hafiz for whom weightlifting and powerlifting are a family craft. He is also preparing his younger son for the sport.

However, a salary of Rs35,000 does not cover nearly half of the dietary expense that an international weightlifter looking for an Olympics medal needs.

Talha said he arranges the expense for supplements by taking loan at times that he would pay back later or even ration the vitamins and protein supplements that all international athletes take so that he can use them when there is an event for Olympics qualification, like the one in North Korea now. 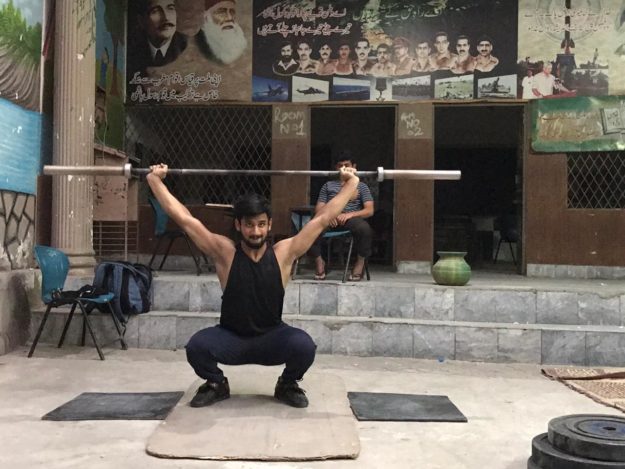 "I arrange it, but it is difficult at times. I wouldn't use them at all, because I want to save it, maybe I wouldn't have the money to buy it later. Diet is so important. We need meat, we are lifting weights all the times and it is crucial for us, so I try, I also don't want to burden my family, but we need support with this as well, some sponsors.

“I know I can win the medal in Olympics, I know what I can do, but I get tensed when I see this. I get tensed when I don't know when I'm going to international events in advance, but I also know I want to win. For now we just ration my supplements, use one scoop instead of two and make ends meet.”

Talha has been training at the school ground for a year and a half.

"I train at the school that I went to till eighth grade," said Talha, explaining that the school's principal has allowed him to bring his weights there and he trains in the playground. "It’s Pakistan School and with me few other weightlifters come in to help me train. But it is not even a full-fledged gym. But it is for me. I need to train here till the Olympics and the principal has been very supportive too."

Talha's main coach is Ali Salam, who has been helping him with the training as well, besides wise inputs from his own father.

Islam said that he has requested at the citizens portal four times for the good quality equipment so that Talha and other weightlifters in Gujranwala division can train better, however, there had been no attention from the government on it "despite the Prime Minister being a former athlete himself" as the powerlifter would put it.

He added that a good set of equipment from Elioko can make a world of a difference for Talha and other weightlifters.

"Rs1.3 million is not much when it comes to how it can serve the weightlifters who are winning the medals for the country, for Gujranwala division. There is a whole crop of weightlifters here that can benefit, around 10-15 weightlifters, but it is about investing, they don't want to it seems, they never listened to us," said Islam.

"I've asked several times. The federation helps us, I don't know how they do it, but they are the ones who have constantly helped us. But it is the government that we've requested to who don't care. I've requested four times for the equipment, but nothing was heard or registered, and this breaks our heart."

But Talha persists that he needs to get the medal and prove it to the world that Pakistan can be a force in the sport.

"You should see where we train, but we train anyway," said Talha.

The 2018 Islamic Solidarity Games gold medallist believes that it is just him and the hard work with given equipment at his gym that he can work with. 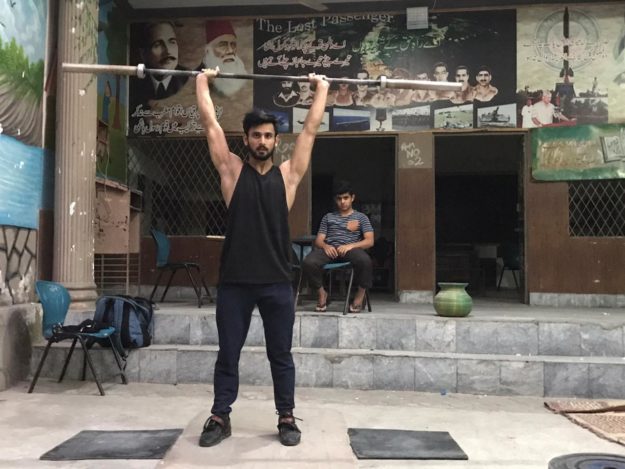 "I still have this gym, so I work hard each day, even at times when I don't want to, because I know there is a goal for me," said the 2016 Commonwealth Championships gold medallist, with a little pain in his voice, but with a hint of optimism too. The optimism comes from his father, from his own past achievements and confidence in his abilities.

"I can win the medal in North Korea too. That is what I'm training for," said Talha, who had registered the highest record for the country at the Asian Championships earlier this year with 304kg, and has now improved his own total to 314kg at the South Asian Games trials locally.

"I know it will not be easy. My target for Olympics in 330-335kg, which I can achieve in the coming events, including in North Korea. It can be a slow build-up, even South Asian Games is an opportunity for qualification now, so I know this is possible, more than possible for me. But we need proper support with equipment, training and facilities. So far this is all we've done on our own, and help from federation with tours. I don't want free tours, I perform and I deliver for my country."

His final thoughts before going to the Asian Junior Championships are that the government and the people should pay attention. That is the only thing he is asking for, for himself and even for his friend Nooh.

"It is visible, our performances, you can see that we have improved, you can measure us as athletes and you can see we can do better, so help us with it, because we are doing it for everyone, not just ourselves," said Talha as he gets back to his training. He will be flying out in six days and should be in Pyongyang on October 22.

On the other hand, the Pakistan Weightlifting Federation (PWF) secretary Amjid Amin is hoping for best results from the championship.

"We are sending Talha, he is our best and he is in junior category still. Nooh has crossed the age so we can't send him, but there can be another record in North Korea," PWF official Rashid Malik added.