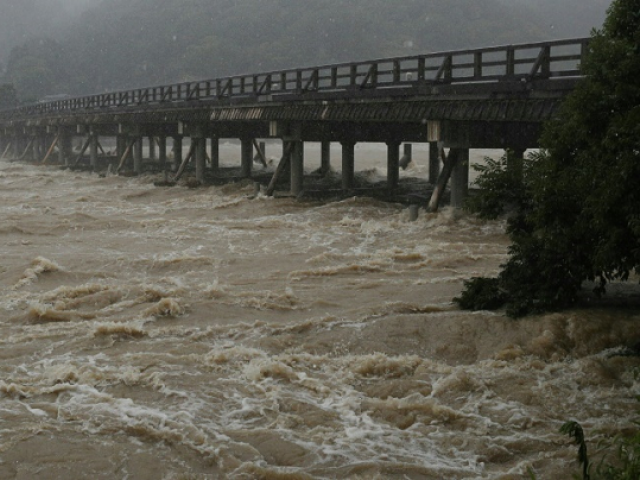 TOKYO: Japan plans to postpone a major imperial parade celebrating the new emperor’s ascension to the throne after nearly 80 people were killed in a devastating typhoon, local media said Thursday.

The parade was scheduled for October 22 as part of a series of events marking the official proclamation of Emperor Naruhito’s enthronement. The religious rites and imperial banquet associated with the event are still expected to go ahead, national broadcaster NHK said.

“The government has begun coordinating in the direction of postponing a celebration parade that had been planned for October 22… so as to make sure they do everything they can to deal with the issues of typhoon-hit areas,” NHK said.

Contacted by AFP, the imperial household agency and the government committee organising the event declined to comment on the reports.

Naruhito officially succeeded his father Akihito in May but a series of ceremonies and rites celebrating his enthronement are scheduled this month and later this year, including the parade and the official enthronement ceremony originally planned for next Tuesday.

Japan is still carrying out search and recovery operations after powerful Typhoon Hagibis slammed into the country on Saturday, causing devastating flooding.

Nearly 80 people have been confirmed dead in the disaster, which has left many displaced and caused enormous damage.

Earth and fire: India pottery village lights up for Diwali