Trump letter to Erdogan: 'Don't be a fool'

Trump letter to Erdogan: 'Don't be a fool' 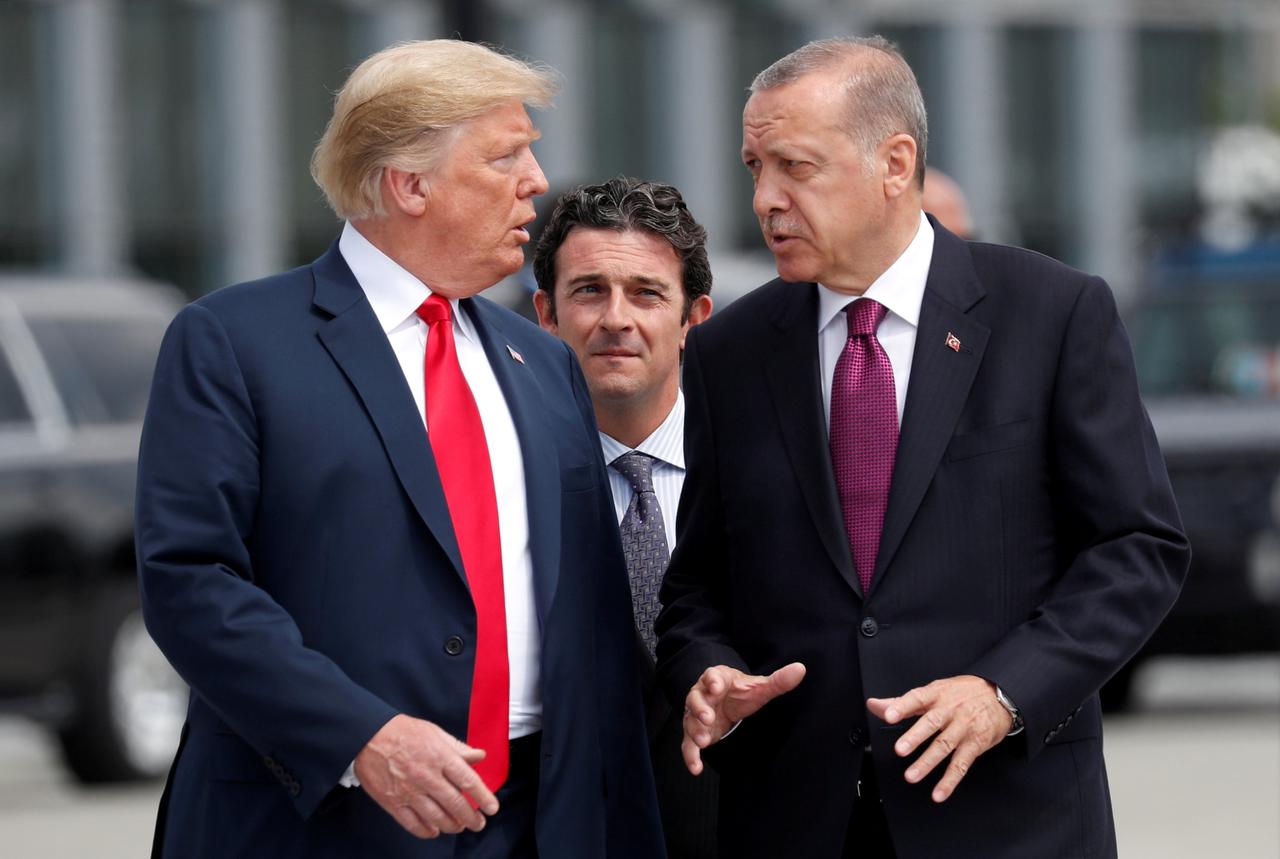 Three days after appearing to greenlight an invasion by pulling US troops from the Kurdish-dominated region, Trump told the Turkish president he would wreck Ankara’s economy if the invasion went too far.

In language shorn of diplomatic niceties, Trump began with an outright threat.

“Let’s work out a good deal,” Trump wrote in the letter dated October 9, whose authenticity was confirmed to AFP by the White House.

The US leader told Erdogan a “great deal” was possible if he negotiated with the head of the Kurdish-led Syrian Democratic Forces, Mazloum Abdi, whom Turkey has labelled a “terrorist” for his ties to the Kurdish PKK militants in Turkey. 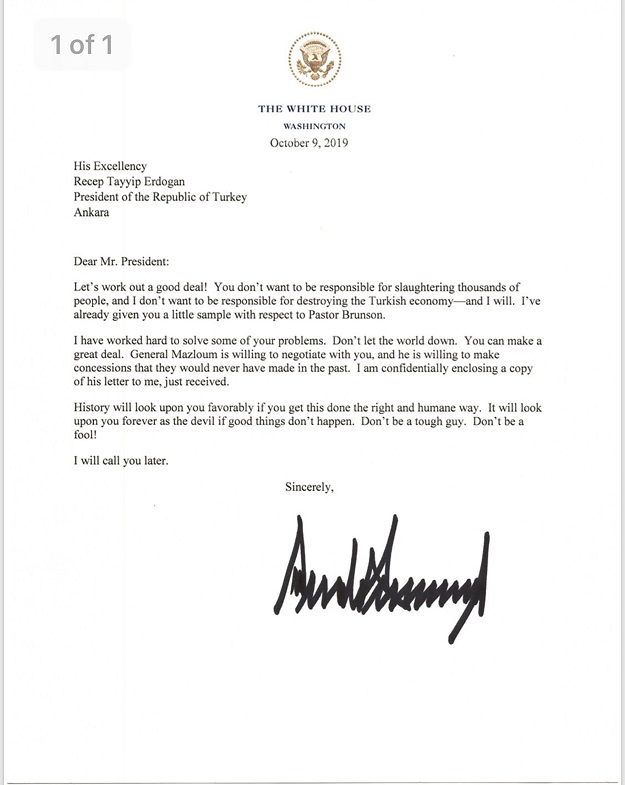