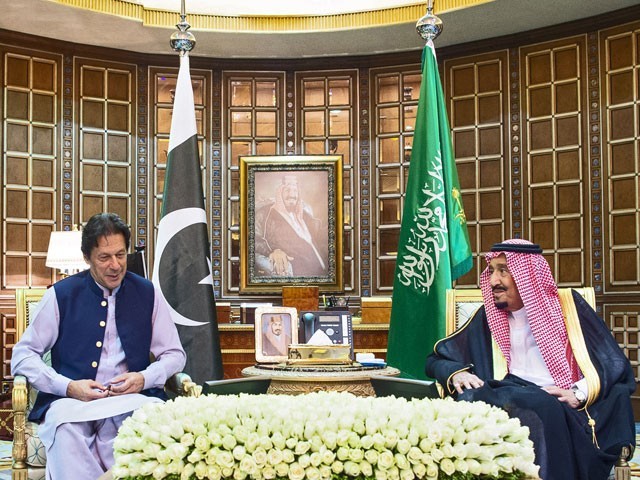 Pakistan and Saudi Arabia have agreed to remain engaged and consult closely to take forward Prime Minister Imran Khan’s initiative to ensure peace and security in the region, Radio Pakistan reported on Wednesday.

The Saudi-Iran conflict and Pakistan

The premier returned to Islamabad on Wednesday morning.

During his meetings with the Saudi leadership, he reiterated Pakistan’s willingness to facilitate efforts for de-escalation of tensions between Saudi Arabia and Iran.

PM Imran also stressed the importance of avoiding military conflict and the need for constructive engagement of all parties.

The Saudi leadership also lauded PM Imran’s efforts for promoting peace and noted the impact his initiative could have on the regional situation.

On the issue of Indian occupied Kashmir (IOK), the premier apprised the Saudi leadership of the grave human rights and humanitarian situation in the disputed valley, including a continuous lockdown, curfew and other communication restrictions for 73 days.

He reiterated that India’s brutalities in occupied Kashmir were endangering peace and security in the entire region.

The Saudi leaders voiced support for the just cause of Kashmiris and reiterated the importance of avoiding any escalation and ensuring a peaceful resolution.

They also reaffirmed Saudi Arabia’s commitment to close ties with Pakistan and reiterated their resolve to deepen bilateral collaboration in all fields including trade, energy, security and defence.

In a tweet on Wednesday, he invited regional states to work in unison for the prosperity of the region.

Reiterating #HOPE (Hormuz Peace Endeavour) I again invite colleagues in the leaderships of other regional states to join Iran in forging a blueprint for peace, security, stability & prosperity. pic.twitter.com/mpGjCcbxZr