Prince Willia­m and Kate spend their aftern­oon with the Kalash - a tribe who celebr­ate their gods with music, dance
By ​ Our Correspondent / Reuters
Published: October 16, 2019
Tweet Email 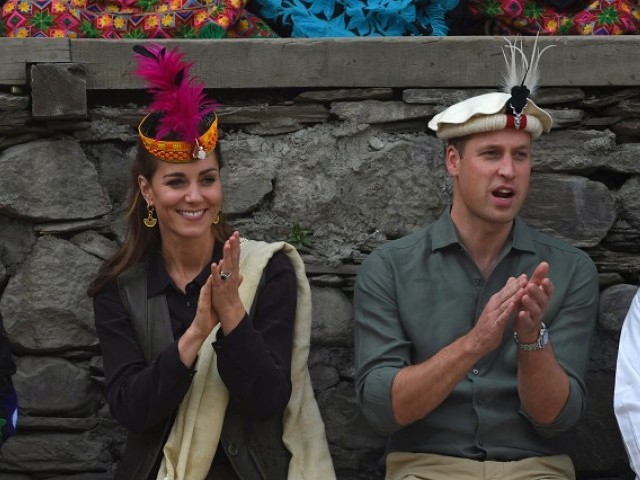 ISLAMABAD: Britain’s Prince William and his wife Kate on Wednesday visited a melting glacier in the Hindu Kush mountain range, witnessing first-hand the impact of climate change their trip is seeking to highlight.

They flew by helicopter to the northern tip of the Chiatibo glacier, where a climate change expert explained how it was retreating.

It is one of the around 7,000 of Pakistan’s 7,200 glaciers that meteorological officials say show signs of melting, citing data gathered over the last 50 years. 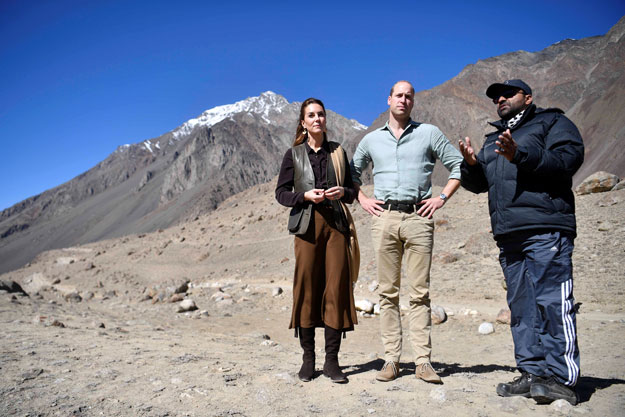 Earlier, the Duke and Duchess of Cambridge had stopped at an airport in Chitral and been given a traditional feathered mountain hat, similar to one gifted to William’s mother Princess Diana during her visit to the area in 1991. 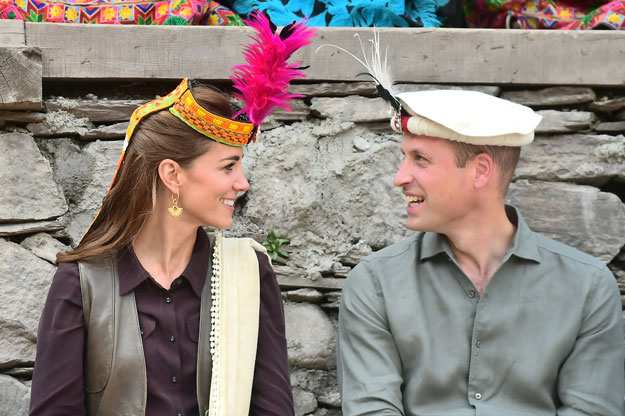 Britain’s Prince William and Catherine, Duchess of Cambridge look at each other while visiting a settlement of the Kalash people in Chitral on Wednesday. PHOTO: REUTERS

Stunning celebration put on by the Kalash people for William and Kate in the village square … #RoyalsVisitPakistan #hindukush pic.twitter.com/oYJPDQNG4f

They were also given an album of photos of Diana during her visit. 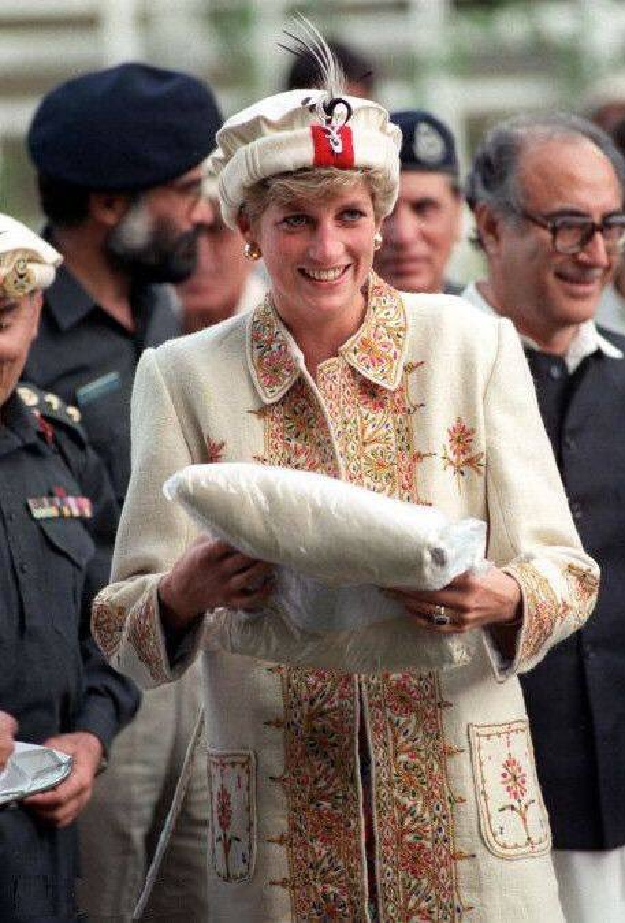 William highlighted the visit to the glacier and the challenge of climate change, a major theme of their five-day trip, in a speech the previous evening at a reception hosted by the British High Commission at Pakistan’s national monument in the capital, Islamabad.

Pakistan’s northern glaciers and those throughout the Hindu Kush and Himalaya region, are an important water store for 250 million people, and another 1.6 billion rely on rivers originating in the mountains, putting many communities at risk as global temperatures rise.

“This could lead to a loss of over a third of these vital glaciers in less than a century, with enormous impacts not only on the availability of water, but on agriculture and hydropower generation,” William said in his speech. He said he hoped Wednesday’s visit to Chitral would help the couple better understand the challenges residents were facing first hand.

“I hope to learn what more we all can do to help prevent and mitigate this impending global catastrophe.” Kate and William later observed damage and emergency response drills in a village in Chitral that had been hit by floods due to glaciers melting.

They also visited a settlement of the Kalash people, a small indigenous group living in the Chitral region where they met with young people and wore colourful local scarves and headwear while being treated to song and dance.