Our very own Pakist­ani star seems to be swayin­g around the fashio­n capita­l with many famous faces as of late
By Sarah Price
Published: October 15, 2019
Tweet Email 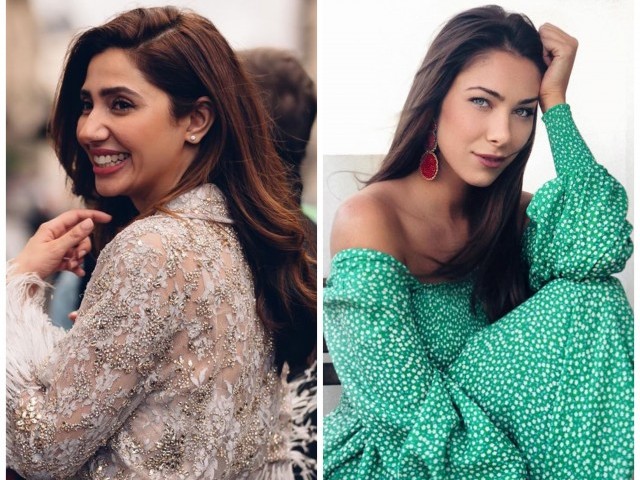 KARACHI: Actor Mahira Khan seems be doing a lot of dancing lately with celebrities during her time in Paris. We can’t forget her swaying down the catwalk during her runway debut at Paris Fashion Week with Hollywood icon Helen Mirren, now, with a prominent Lebanese actor in front of the glistening Eiffel Tower.

Daniella Rahme took to Instagram to share the cute video of the duo dancing to an Arabic song. The star wrote that she and Mahira decided to dance to Emirati singer Hussain Al Jassmi’s “new hit in the middle of Paris!”

Earlier, she had posted a video of the model pair with the caption, “WE ARE WORTH IT!”, and said she had “walked alongside some of the most inspiring women with my #Lorealparis family”.

Mahira also responded to the Lebanese actor with all love, posting heart emoji’s on the video shared to social media.

Daniella recently starred in Lebanese murder mystery series Al-Kateb, which made it to Netflix. The thrilling series is now available to the audience of 190 countries under its English title The Writer.

At the Paris Fashion Week, Pakistan’s beauty queen set fire to the ramp as she flaunted a leather jacket and skinny black jeans by Karl Lagerfeld.

Bless our hearts ♥️ Helen Mirren and Mahira Khan in one frame – shaking a leg!

Zoe Kravitz cast as Catwoman alongside Robert Pattinson in ‘The Batman’