Hong Kong’s August retail sales were the worst on record due to protes­t
By Reuters
Published: October 15, 2019
Tweet Email 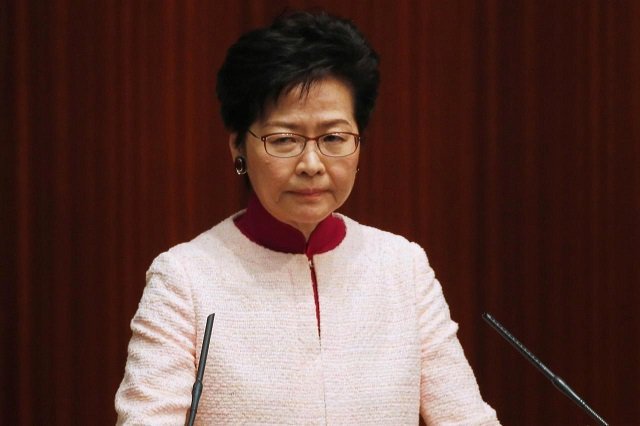 Beijing-backed Lam, Hong Kong’s most unpopular post-colonial leader, is under immense pressure to regain trust and quell unrest that has plunged the Asian financial center into its biggest political crisis in decades.

Protests over a now-withdrawn extradition bill that would have allowed people to be sent to mainland China for trial in courts controlled by the Communist Party have evolved into calls for greater democracy and revived grievances over housing in one of the world’s most expensive property markets.

Lam said on Tuesday her annual address will focus on land and housing, although she did not elaborate. Some economists also expect measures to support the retail sector, which has been battered as the demonstrations scare away tourists.

“It (policy support) will mainly come from increasing the housing stock. Housing seems to be the big issue at the moment,” said Carie Li, an economist at OCBC Wing Hang Bank. “There may also be relief for retailers, the tourism and catering sectors, which have been most affected.”

Hong Kong’s August retail sales were the worst on record as the protests at times forced stores and shopping malls to close, often during peak periods such as weekends and public holidays.

The retail, accommodation and food-service sectors employed about 16.3% of workers based on 2018 statistics, according to Bank of America Merrill Lynch.

The protests also pose a grave challenge for Beijing, which has singled out Hong Kong developers for not doing enough to alleviate housing problems at a time when the former British colony is facing its first recession in a decade.

Property developer New World Development Co Ltd said in September it would donate 3 million square feet (278,710 sq m) of its farmland reserves for social housing, while Henderson Land said it would donate land in Yuen Long to build youth and other subsidized housing.

The Democratic Party and the pro-establishment Democratic Alliance for the Betterment and Progress of Hong Kong (DAB) said the government should make use of a regulation to take back agricultural land from developers to build public housing.

“The housing shortage is getting more serious, especially after the government changed the public-to-private housing ratio to 70:30. The need for public housing is more eminent but the land supply remains the same,” DAB lawmaker Lau Kwok-fan told Reuters.

Economists said the government, which has fiscal reserves of HK$1.16 trillion ($147.9 billion), was also likely to roll out measures to support households as well as small and medium enterprises, and promote Hong Kong on the international stage.

“Additional resources may be allocated to the Hong Kong Tourism Board (HKTB) for running overseas promotions, organizing shopping festivals, and offering merchandise concessions and discount coupons in collaboration with the retail sector,” Bank of America Merrill Lynch said in a report.

Lam’s annual address comes as Hong Kong is also grappling with the impact of a prolonged US-China trade war and a broader economic slowdown that has seen a significant drop in exports. The protests have also unnerved investors.

Goldman Sachs estimated this month Hong Kong may have lost as much as $4 billion in deposits to rival Asian financial hub Singapore between June and August. While Goldman’s report did not make any mention of the protests, the period during which the flows took place coincided with the demonstrations.

In August, the government unveiled a HK$19.1 billion package to support the slowing economy, including subsidies for the underprivileged and business enterprises, as well as somewhat higher salary tax rebates.

Local media reported that Lam could deliver her annual speech in a pre-recorded message if protesters besieged the Legislative Council when it reconvenes on Wednesday.