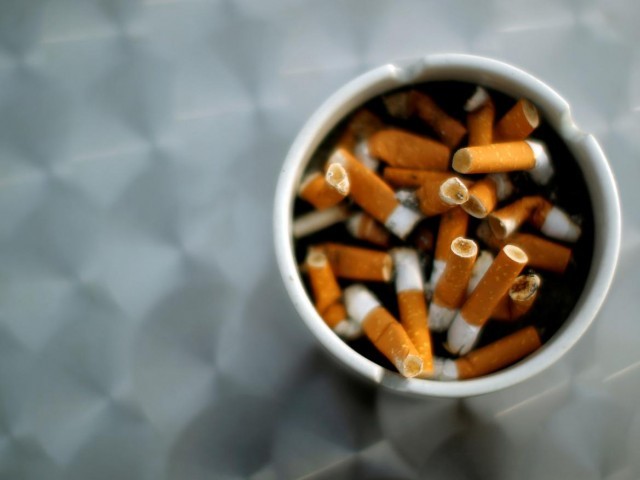 ISLAMABAD: The Federal Board of Revenue (FBR) on Monday opened financial bids for the award of a contract for electronic monitoring of cigarettes to stop tax evasion of Rs40 billion annually and results revealed that tax authorities might face a legal battle from some contenders.

The lowest bidder – the National Radio Telecommunication Corporation (NRTC) – made a costly mistake in quoting the bid price. The second and fourth lowest bidders quoted conditional prices, which may throw them out of the race.

This leaves behind the third and fifth lowest bidders in the race, with chances of the contract going in favour of the third bidder.

“Apparently, the lowest bidder has violated annex six of the Invitation for Licence (IFL) and if the bidder does not agree to Rs0.731 at thousand stamps, the next lowest responsive bidder, NIFT, may be offered the licence,” according to the evaluation report of the FBR.

Pakistan has already missed the International Monetary Fund’s (IMF) deadline to issue licences for the track-and-trace system for cigarettes by the end of September 2019. The government will now have to seek relaxation from the IMF as September-end was the structural benchmark under the $6-billion loan programme.

Pakistan has committed to roll out the track-and-trace system by the end of March 2020 to strengthen the collection of excise duty on cigarettes and eliminate illicit trade.

The years-long battle against tax evasion by the formal-sector cigarette manufacturers culminated with the opening of financial bids. According to some estimates, the tax evasion in the cigarette sector stands at a minimum Rs40 billion annually.

The FBR had issued IFL for the electronic track-and-trace system for tobacco products in August this year. But it then made modifications in bid documents by changing the technical and financial score criteria, sparking protest from some of the bidders.

In response to the IFL, more than 20 companies obtained bidding documents and around 15 submitted bids. IFL was published in local and international newspapers in order to make the process more transparent and open for all the solution providers.

The tracking company will charge the price for placing a stamp and tracking cigarette manufacturing.

The bid evaluation committee did not accept the typo justification and decided to issue the offer letter to NRTC at Rs0.731 per thousand cigarettes after the expiry of 10 mandatory days given to file objections, according to the FBR officials.

At the price of Rs0.731 per thousand cigarettes, no company can offer these services, which is highly cost-intensive and require advanced technological systems.

A consortium of Arwentec and Sicpa offered a conditional bid of Rs799 per thousand cigarettes and emerged as the second lowest bidder. However, its bid was based on the condition that it would charge for minimum five billion cigarette sticks a year which, according to the FBR official, was a conditional bid and could not be accepted.

The consortium has already gone to the Sindh High Court against the FBR’s decision to change the valuation criterion and its case has been listed for hearing on Tuesday (October 15).

National Institutional Facilitation Technologies (NIFT) placed the third lowest but a clean bid, offering a price of Rs868.36 per thousand cigarettes, according to the FBR officials.

They said in case the lowest bidder did not accept the Rs0.731-per-thousand-cigarette price, the contract could be awarded to NIFT due to its clean bid.

The fourth lowest bidder was a consortium of NTL and Delaru that offered a price of Rs882.36 per thousand cigarettes. But NTL’s bid was also conditional as it pegged the price with the British pound exchange rate, according to the FBR officials.

They said the fifth lowest bidder was a Reliance-led consortium that offered a price of Rs987 per thousand cigarettes. During technical evaluation, the FBR’s technical team found the Reliance consortium’s system better than many other tracking systems.