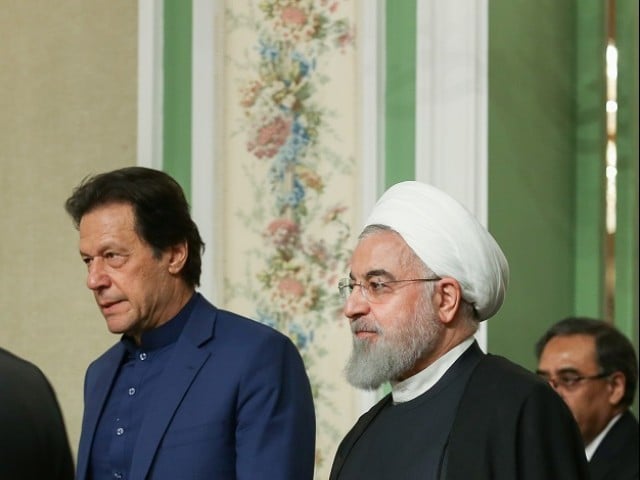 ISLAMABAD: Pakistan is pushing for direct talks between Saudi and Iranian officials as part of its ongoing diplomatic efforts to defuse tensions in the Persian Gulf region, two officials with the knowledge of the development told The Express Tribune on Monday.

Prime Minister Imran Khan, who was accompanied by the foreign minister and head of the Inter-Services Intelligence (ISI), put forward the proposal during his visit to Tehran on Sunday, said the officials, who requested anonymity since they were not authorised to speak to the media on the subject.

The prime minister told Iranian leadership that Pakistan is not only ready to facilitate the dialogue but also willing to arrange face-to-face talks in Islamabad.

Iranian side expressed their inclination towards the proposal with ‘some caveats’, said officials.

The prime minister will take the same proposal to Riyadh when he goes there on Tuesday (Today) and meets Saudi Crown Prince Mohammed bin Salman to discuss peace efforts.

One official said Pakistan’s proposal is aimed at opening some channels of communication between the Saudi and Iranian authorities at a time when tensions between the two arch rivals have been building up following the September 14 missile attacks on the Saudi oil facilities.

Riyadh and Washington blamed Tehran for being behind the drone attacks, a charge Tehran strongly rebutted. Yemen’s Houthi rebels on the other hand claimed the attacks. The unprecedented missile strikes have raised the specter of a potential conflict between Iran and Saudi Arabia.

The immediate threat of escalation, however, receded as the Trump administration showed reluctance to retaliate on behalf of Saudi Arabia. Nevertheless, the US has recently sent thousands of additional troops to the region in order to deal with any eventuality.

Pakistan, having close strategic ties with Saudi Arabia and being a neighbour to Iran, is increasingly concerned that any conflict between the two countries will have serious implications for the country as well as for the region.

The major worry for Pakistan is that any war between Iran and Saudi Arabia will put the government in an awkward situation. As part of strategic pact, Pakistan is under obligation to support Saudi Arabia if its territorial integrity and sovereignty comes under attack.

But that scenario will put Pakistan in direct conflict with Iran, something that can have devastating consequences. “Therefore, in order to avoid such a situation, Pakistan is seeking de-escalation in tensions between Iran and Saudi Arabia,” said the official.

When asked to comment on the success of Pakistan’s diplomatic initiative, the official acknowledged that the issues between the two countries are complicated and required sustained efforts.

Historically, Pakistan has always pushed for unity among the Muslim countries particularly between the Arab states and Iran. Former dictator General Ziaul Haq had made several visits to the region to seek an end to the animosity between Iran and Iraq but those efforts could not make any head way and war between the two countries continued for 8 long years.