The ‘will to fight’

The ‘will to fight’ 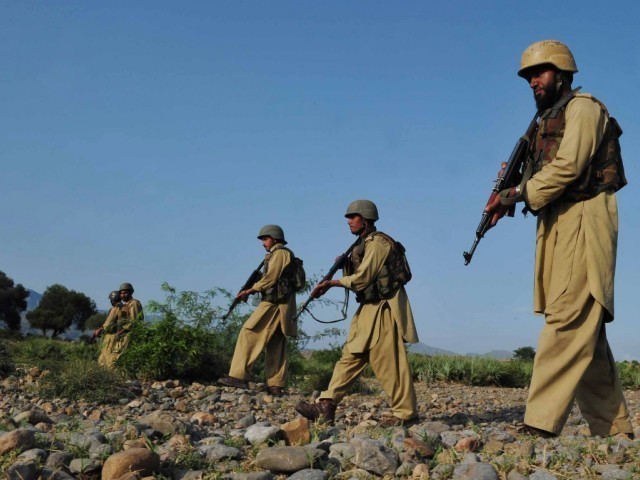 A file photo of the paramilitary forces of Pakistan. PHOTO: AFP

War in military parlance is defined as “the dialectic of opposing wills”, where both sides are locked in a competition to impose their will on each other, with or without recourse to violence. The success or failure of any military conflict is generally dependent upon the comparative interplay of elements of National Power Potential (NPP).

Tangible NPP includes capabilities and hardware comprising diplomacy, economy, industry, natural resources, trade and commerce, demography, military geography and military system — including the quality and number of troops, tanks, artillery guns, aircraft and ships, etc. The intangible NPP constitutes software such as national policies, strategy and strategic orientation, operational art and tactics, military training doctrine and system, and the logistic system — to enumerate some. But this comparative appraisal of the relative strengths of the opposing sides generally does not assign a due weight to some very important intangibles like the justness of cause, ideology, the quality of leadership — both civil and military — motivation, combat experience and history, group cohesion/solidarity and spirit-de-corps, etc. All these aspects morph into one of the most powerful force multiplier in combat — “the will to fight”.

RAND recently published an exhaustive study titled “Will to Fight: Returning to the Human Fundamentals of War”. The study identifies gaps in warfighting relating to the United States (US) “the will to fight”. We will discuss the findings of the study keeping the US-Afghanistan and Indo-Pakistan conflicts in view.

The American military considers war as a “contest of opposing, independent, and irreconcilable wills”. However, US and NATO military planners mostly tend to “view war through the lens of technology and physical effects”. This approach, although easily quantifiable hence useful in an empirical analysis, ignores the dialectic of technology with the decision to wage war, its continuation, sustenance and winning. The US Army Doctrine Publication (ADP) 3-0, 2017, considers war as a “human endeavour — a fundamentally human clash of wills often fought among populations”. Fundamentally, war is to change human behaviour. As per the ADP, war is “not a mechanical process that can be controlled precisely, or even mostly, by machines, statistics, or laws that cover operations in carefully controlled and predictable environments”.

However, more often than not, the practitioners of the US wars have acted otherwise. There are countless examples when the best technology failed, without the force of will to use it, and continue using it till winning. US military introspection grudgingly accepts three major failures in recent history in one generation, where the most powerful military was/is unable to translate “military gains into strategic successes”.

First, Vietnam where the CIA correctly assessed the Vietnamese “will to fight” on both sides, from 1954 to 1974, but policymakers ignored this vital force multiplier. Resultantly the US failed to prevail upon and break the North Vietnamese/Viet Cong’s will to fight. This war resulted in the loss of “US political will to fight” and the consequent defeat after some 60,000 US deaths.

Second, the US failed to comprehend the “potential vulnerabilities in the Iraqi Army’s will to fight in 2011” before it was roundly defeated by the resurgent Islamic State in 2014, despite the fact that the US forces were still deployed in Iraq.

In the third case, US military planners had underestimated — and they continue to underestimate — the staying power, resilience and “will to fight” of the Afghan Taliban, sucking the US and NATO forces into the longest conflict in US history. US assessments were to break the Taliban by the end of 2011.

Understanding the “will to fight” at any level is hard, given the interplay of complex variables identified above. Although during the Military Decision-Making Process (MDMP), all militaries resort to templates to gauge this elusive force multiplier. The exercise remains notional guesswork, at best.

In the Sub-continent, during the Indo-Pakistan War of 1965, Pakistan had expected a quick retreat of the Indian Army from IOK leading to the re-opening of negotiations, when it launched its pre-emptive “Operation Grand Slam” in Kashmir. India expanded the war by attacking across the international border in Punjab. Similarly, Indian generals on September 6, 1965, while planning a victory toast in Lahore Gymkhana, underestimated the Pakistan military’s will to fight for “Pakistan proper”. Indian military repeated the same mistake in February 2019 after shooting at some trees and killing a crow in Balakot, northern Pakistan.

Empirically, India compared to Pakistan has greater national power potential given its bigger economy, vast geography, larger industry, more trade and effective diplomacy etc. However, India’s multi-religious, multi-ethnic and cast-ridden demography — also reflected in its armed forces — is moderated by a more demographically coherent Pakistan and its armed forces. A less than fulsome comparison between India and Pakistan was discussed in a previous article titled ‘The Reality of Indian Might’ in this space on August 15, 2019.

When it comes to the “will to fight”, most bets would be on Pakistan, given its battle-hardened military, experienced in fighting a tenacious Pakistani Taliban/terrorists insurgency in the most unforgiving terrain of the tribal areas; the ferocity of Pakistani rank and file’s faith and passion when it comes to India — cricket is a microcosm; the justness of cause — fighting the hegemonic infidels; the motivation, spirit and the quality of leadership, civil and military. The Pakistani military system would far outweigh the Indian one given its greater “will to fight”, sustain that will and win at “all” costs. No No-First-Use (NNFU) as Pakistan’s unofficial nuclear doctrine bolsters the indomitable resolve of the National Command Authority (NCA). Denial of victory to a stronger side by a relatively smaller force is akin to winning. Those doubting Pakistan’s economic sustenance in a potential conflict need to know that wars have their own economy. This iteration, however, is not an advocacy for war.

The US study identifies motivation, capabilities and culture as components of the “will to fight” at the unit level. In an asymmetric conflict between technologically unequal sides, the staying power counts most besides improvisation and internalising a conflict. The Afghan mujahideen of yesteryears and Afghan Taliban of today have displayed such staying power; making up for their lesser capabilities with motivation, better organisation emphasising decentralisation, lighter logistics, improvisation and living conflict as a way of life. Likewise, casualties tend to “weaken or strengthen an adversary’s national will to fight”. In the case of the Taliban, casualties tend to incite their revenge instincts, enhancing their “will to fight”.

Cyberspace be given high priority