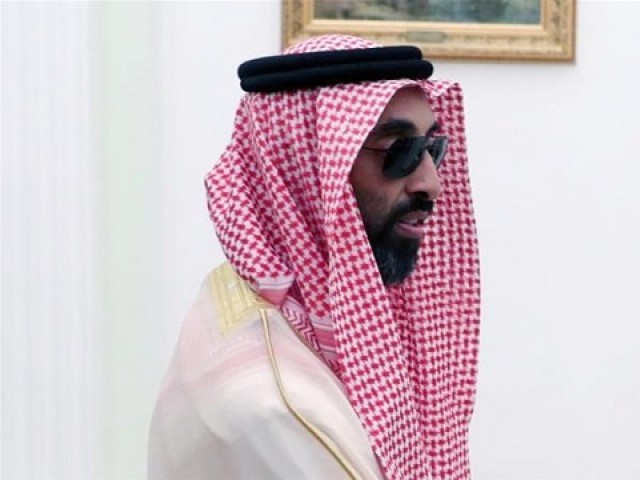 The national security adviser of the United Arab Emirates, Tahnoun bin Zayed, has been visiting Tehran on a secret mission aiming to defuse the tensions in the Gulf, according to a senior security source in the UAE.

The visit by Zayed, also the younger brother of Abu Dhabi crown prince Mohammed bin Zayed, marks the highest-level meeting between Abu Dhabi and Tehran after four tankers off the Emirati port of Fujairah were attacked in May, Al Jazeera reported on Monday.

The US military accused Iran’s elite Revolutionary Guards (IRGC) of being directly responsible for attacks on the tankers. Washington has labelled the IRGC a “terror” group.

However, the UAE itself never publicly blamed Iran.

Last month, Abu Dhabi welcomed an initiative by European leaders to ease tension with Iran and open a diplomatic path.

“With persistence, the E3 [Britain, France and Germany] can open up a new channel of communication and establish greater trust,” UAE foreign affairs minister Anwar Gargash wrote in the Financial Times.

“The UAE, Iran and other states can share the Gulf as normal neighbours, if not as the best of friends.”

Zayed’s mission comes amid a number of back channel efforts to facilitate a dialogue between Saudi Arabia and Iran.

While Prime Minister Imran Khan also visited Tehran as part of efforts to ease tensions in the region.

Premier Imran met Iranian President Hassan Rouhani in the first leg of his tour that also included a stop in Saudi Arabia.

“The reason for this trip is that we do not want a conflict between Saudi Arabia and Iran,” the prime minister told reporters as he stood alongside Rouhani.

Emphasising the visit to the two countries was Pakistan’s “initiative”, he said: “We recognise that it’s a complex issue … but we feel that this can be resolved through dialogue. But what should never happen, is war between Saudi Arabia and Iran.”

On Sunday, Saudi Minister of State for Foreign Affairs Adel al-Jubeir said that Riyadh had not asked Islamabad to mediate.