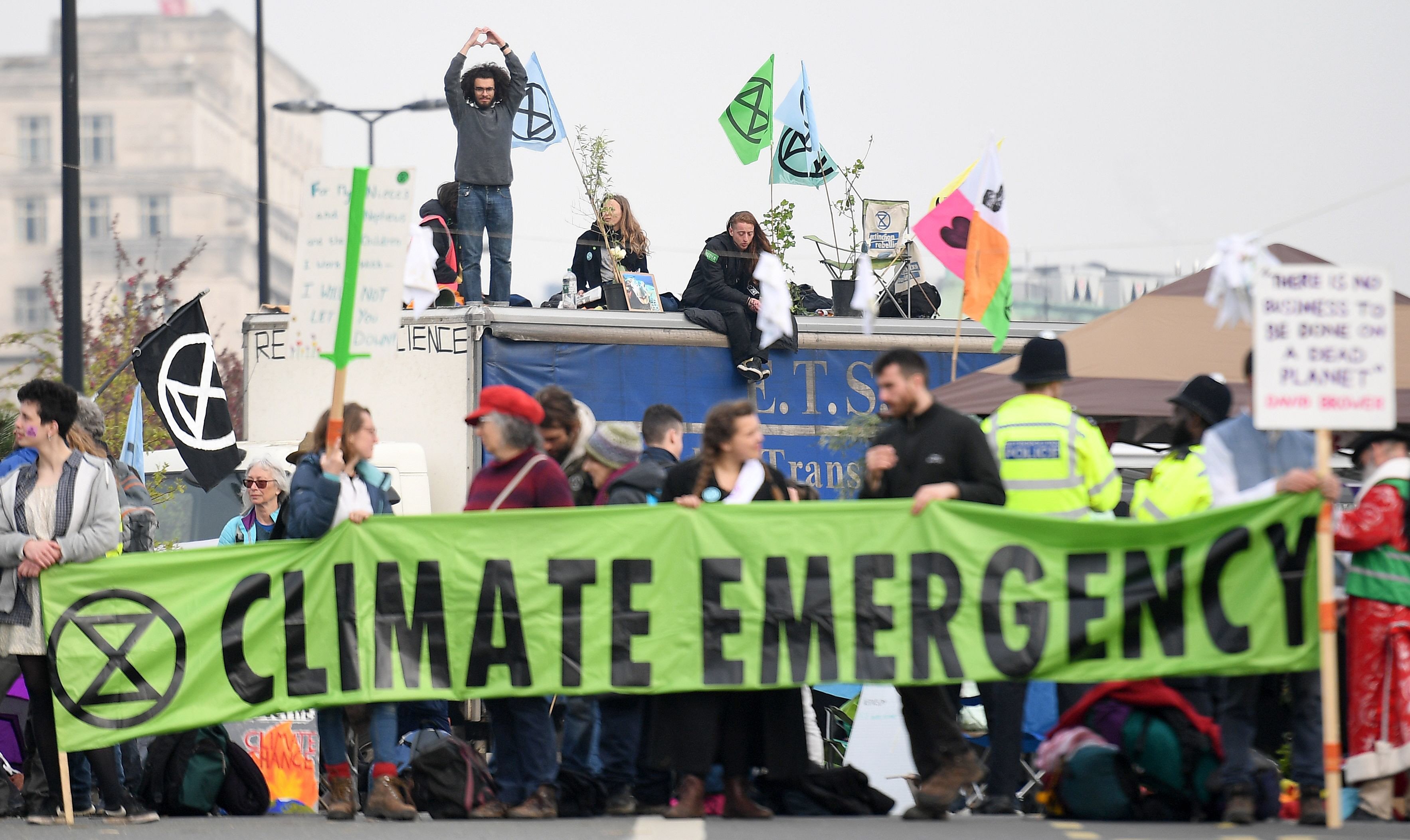 Extinction Rebellion protesters blocked the streets around the Bank in the heart of the City of London.

“The City of London is a preeminent nexus of power in the global system that is killing our world,” said Carolina Rosa, spokesperson for Extinction Rebellion.

The activists will target major financial institutions which they say are financing fossil fuel exploration and infrastructure. A mock trial of the financial sector will take place shortly after midday.

The group, which promotes a rebellion against the political, economic and social structure of the modern world to avert the worst devastation outlined by scientists studying climate, is engaged in two weeks of civil disobedience in London.

Police said there had been more than 1,300 arrests since the protests began.

“There are currently protesters blocking roads around Bank Junction,” the City of London Police said on Twitter, which has previously warned of disruptive demonstrations on Monday.

Bank of England Governor Mark Carney has said the financial sector must transform its management of climate risk, warning that global warming would prompt reassessments of the value of every single financial asset.

Carney has been a leading voice among regulators in warning of the risks climate change poses to the stability of the global financial system. He has led various international initiatives to improve supervision and disclosure.