Not a single CPEC projec­t has been initia­ted under the PTI yet
By Kamran Yousaf
Published: October 14, 2019
Tweet Email 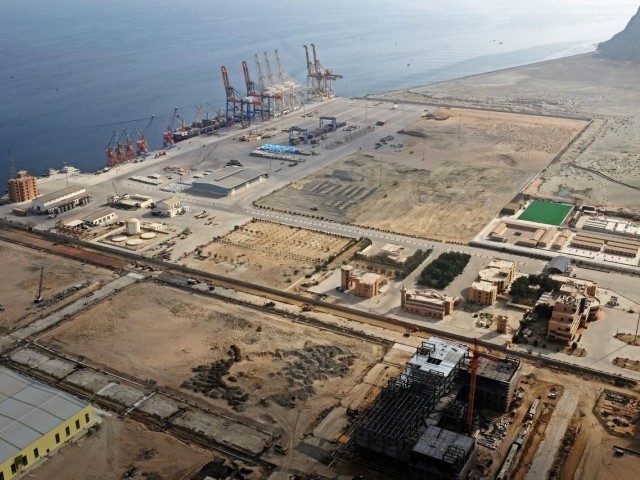 Prime Minister Imran Khan was in Beijing last week. He was accompanied by key ministers, the Army Chief and the head of the ISI, suggesting the visit was not ordinary. This was not the first visit by PM Imran to China. In fact this was his third tour to Beijing this year alone. But the significance of the latest trip was that it happened against the backdrop of certain key developments. First, since the Pakistan Tehreek-e-Insaf (PTI) government took charge in August last year, there was little or no progress on projects under the China-Pakistan Economic Corridor (CPEC). All the projects, which have either been completed or were in the implementation phase, were initiated during the Pakistan Muslim League-Nawaz (PML-N) government. Not a single CPEC project has been initiated under the PTI yet.

When PM Imran took charge, initially his government deliberately slowed down CPEC as it suspected corruption in projects signed by the PML-N government. That approach caused a lot of concerns back in China. What added to the confusion were statements made by some senior PTI ministers questioning CPEC. The other concern expressed by the PTI government was that many CPEC projects were not mutually beneficial for the country. Hence, it wanted to strike a better bargain in future ventures in efforts to ensure that Pakistan’s economic and business interests are protected. At the same time there was a sense amongst policymakers that Pakistan must maintain a balance in its ties with China and the West, particularly the United States.

When US President Donald Trump started warming up to Pakistan after years of troubled relations, Islamabad thought it was a good opportunity to readjust its foreign policy. During PM Imran’s maiden visit to the White House in July, the Belt and Road Initiative (BRI) was one of the talking points which of course did not get much media traction. The US has been closely following the BRI and CPEC. The Trump administration minced no words in expressing its opposition to CPEC. The US says it does not object to infrastructural investment by China but questions whether such projects meet international standards. Washington argues that such investments should be transparent, sustainable and should produce benefits for the country.

Although the US would not say it explicitly, the real reason for its opposition stems from the fear that China is trying to impose a new economic world order through the BRI. Since discussions between Pakistan and the US sides in the White House and Pentagon took place behind closed doors, no outsiders knew what exactly might have transpired over CPEC. But officials who have the knowledge of the subject say Pakistan attempted to address Washington’s concerns and even invited the US to join CPEC. Pakistan was hoping that improved ties with the US would enhance its options and increase leverage with China for negotiating future CPEC projects.

However, after the initial bonhomie, Pakistan soon realised that the Trump administration is not interested in offering anything substantial that may give Pakistan an incentive to go slow on CPEC. Also brewing tensions with India after its unilateral and illegal annexation of the disputed Jammu and Kashmir region have necessitated close cooperation between Pakistan and China. All these factors pushed Pakistan to seek greater cooperation with China. The joint statement issued after PM Imran’s visit noted that the Pakistan side underscored that CPEC was a transformational project. The government also recently established the CPEC Authority to oversee the “expeditious implementation” of CPEC projects. This means the PTI government is now making serious efforts to repair the damage caused to CPEC during its first 14 months in office.

Learning to live with commercials