He shares Naimal's pictur­e on his story where she paints a mesmer­ising piece yet again
By Entertainment Desk
Published: October 12, 2019
Tweet Email 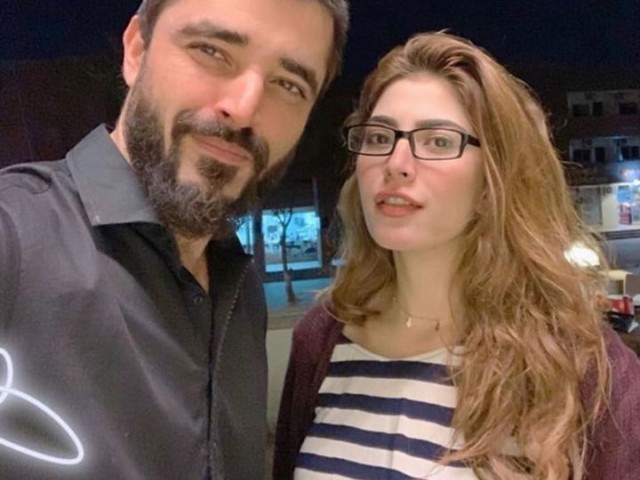 In a recent story on Instagram, Hamza Ali Abbasi shared a picture of his wife with her painting captioned, “She made that in less than an hour. What is that feeling you get when you realise your wife is much more talented than you are? Oh yes, it’s called pride and joy.” 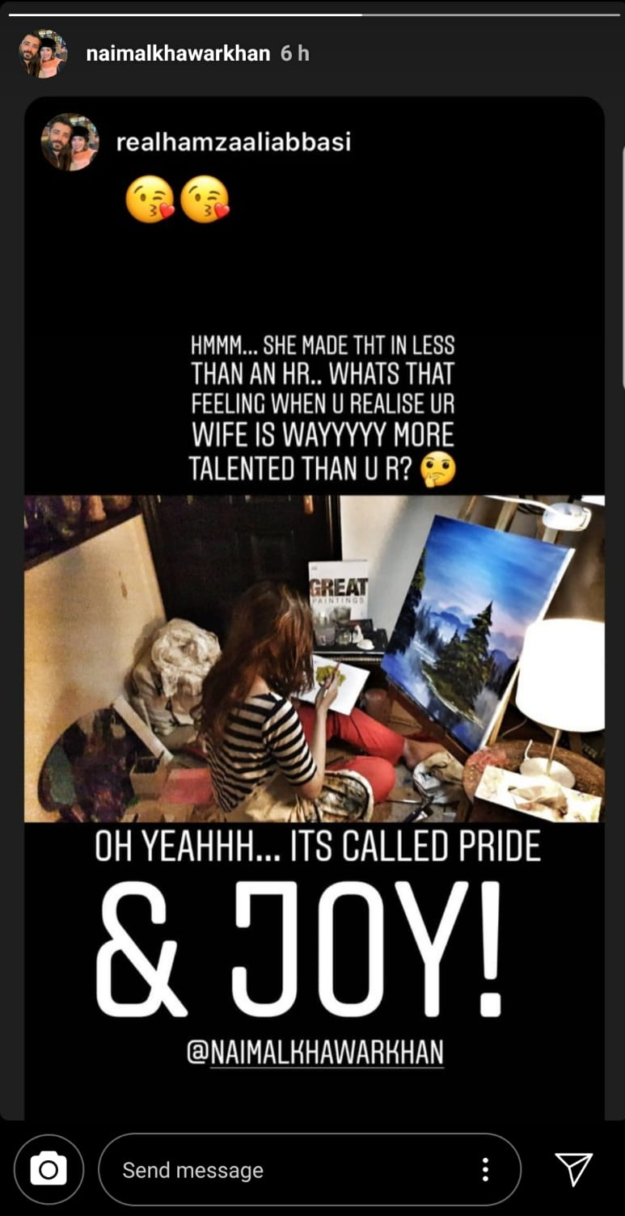 The painting was evidently another one of Naimal Khawar’s brilliant creations with a picturesque scenery of an evergreen conifer growing out of the water with a tinted blue sky in the background. It was definitely a sight of admiration, following which Abbasi opined that she is more talented than him, and it makes him proud, without showing the slightest bit of insecurity.

The fact that he took to social media specifically to share his admiration, proves that there is no doubt the couple is adamant on honing each other’s talents. Suggested that Khawar had also recently shared her anticipation of his new drama serial, Alif, on her social media.

And how I always longed to paint, capture and experience the true hypnosism of light! #GalaxyS10+ #HDR10+ display

Furthermore, Khawar’s social media presence makes her followers even more enamoured by her artistic capabilities, a series of which, has also been discussed in an earlier story.