This is first time that Gulf state sharin­g some inform­ation with Pakist­an
By Shahbaz Rana
Published: October 11, 2019
Tweet Email 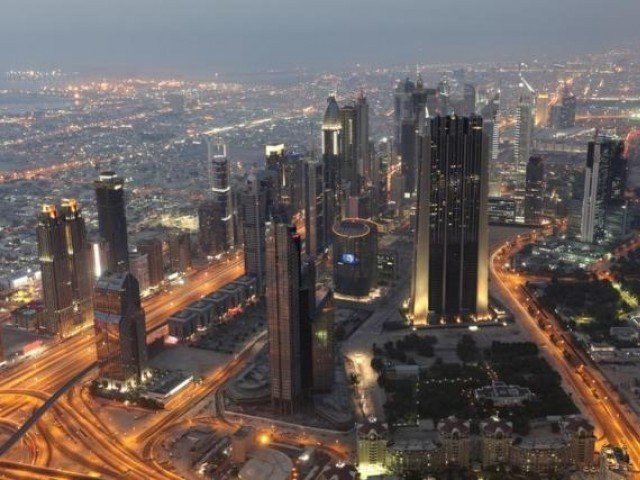 ISLAMABAD: The United Arab Emirates (UAE) has agreed to share details of the properties owned by 500 non-Iqama holder Pakistani nationals that will provide valuable information to the tax machinery as it remains unable to effectively utilise the previous offshore information.

Both the countries also agreed to renegotiate the Pak-UAE avoidance of double taxation treaty that would also help remove irritants in cooperation in areas of taxation.

But the issue of sharing details of Pakistani nationals, who also hold UAE residence visa, known as Iqama, under its Residence by Investment (RBI) policy remains unresolved.

Adviser to Prime Minister on Finance Dr Abdul Hafeez Shaikh has already sought the help of the Organisation for Economic Cooperation and Development (OECD) to resolve the Iqama-holder issue.

The Dubai authorities agreed to provide non-Iqama holder Pakistanis’ information during a meeting held between the officials of UAE’s Ministry of Finance and the FBR Directorate General of International Taxes.

“We are pleased to inform that a very productive meeting has been held in Dubai on October 9 and 10 on the matter of exchange of information [and] the Dubai Land Department will instantly provide details of Pakistani owners of Dubai Properties,” tweeted FBR Chairman Shabbar Zaidi on Friday.

We are pleased to inform that a very productive meeting has been held in Dubai on October 9 and 10 on the matter of exchange of information. Dubai Land Department will instantly provide details of Pakistani owners of Dubai Properties. Iqama abuse is also being handled.

The UAE will give weekly updates about the people who hold properties in Dubai. In order to expedite the information, Pakistani authorities would provide more details about its 500 nationals in an effort to gain access to the real owners of the properties. The UAE government will also seek help of its largest real estate developer aimed at identifying the people.

Importantly, the UAE authorities will also communicate the date of purchase of such properties that would help the FBR determine their exact tax liabilities.

The OECD had also shared the details of 152,000 bank accounts in September last year but there was almost negligible progress as far as the recoveries from the people were concerned. In a research paper, Mohammad Ashfaq, Director General of International Taxes, has identified the 2018 tax amnesty scheme as one of reasons for low recoveries.

The FBR also faces the issue of capacity constraints and there is an urgent need to build the capacity of the FBR’s offshore commissioners to effectively utilise the UAE information as well as new details shared by 44 OECD members two weeks ago.

The Pakistani and the UAE authorities agreed that they would hold bi-annual meetings to ensure better exchange of information.

Despite being signatory to the OECD convention, the UAE was reluctant to provide information of bank accounts and properties of those Pakistanis who also hold Iqama.

Iqama is a residence visa meant for the nationals those countries that are outside the Gulf Cooperation Council.

Zaidi said the “Iqama abuse is also being handled”.

The tax authorities believe that there are many Pakistani nationals who live in Pakistan but have obtained the UAE Iqama through its RBI initiative and have parked tax-evaded and ill-gotten money there.

The tax authorities want to go after only those Pakistanis evading taxes at home. The FBR also assured the UAE that genuine Pakistani businessmen, who are doing business in Dubai, would not be chased.

A month ago, Adviser on Finance Hafeez Shaikh also wrote a letter to the OECD secretary general and requested him to help Pakistan get information of bank accounts of those Pakistanis who have been hiding behind the RBI and the Citizenship by Investment initiatives.

Shaikh apprised the secretary general that both the initiatives were misused by potential tax evaders from all over the world to circumvent reporting of the bank and financial account information under the Common Reporting Standards of the OECD.

Shaikh stated that Pakistan was one of the worst-hit nations by RBI and CBI initiatives as some of the most revenue-potential of Pakistan tax-resident persons is blocked by some countries, citing regulations that bar sharing of such information with Pakistan.

The directorate general of the international taxes has already sent a request to the Dubai authorities to share data of the UAE Iqama-holders with Pakistan. However, the UAE promised to give its response at a later stage, according to FBR officials.

Despite the Iqama obstacles, it is for the first time that the UAE has agreed to share some information with Pakistan. In November 2017, the Federal Investigation Agency (FIA) had tabled a list of 100 Pakistanis, who own properties in Dubai, before the National Assembly Standing Committee on Finance. But there was no follow-up of the report.

Similarly, in November last year, the Supreme Court was informed by the FIA that 220 new individuals had been found holding 656 properties in the UAE. Again there was no follow-up. In the same case, Shabbar Zaidi was amicus curiae (friend of the court). He now gets a chance to strengthen his workforce and go after those people by effectively utilising the latest information shared by the UAE and OECD.