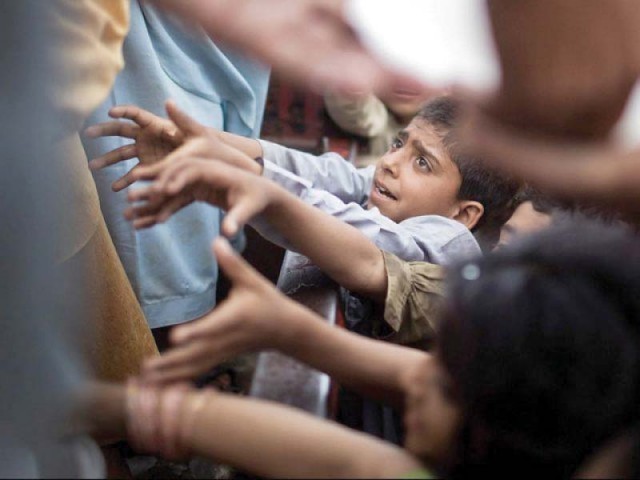 On Monday, October 7, Prime Minister Imran Khan inaugurated the Ehsaas-Saylani Langar Scheme. It is an ambitious plan to open 112 langars (soup kitchens/food pantries) throughout the country in the first phase within the next year. Launched in association with a charity organisation, this hybrid project seeks to cater to the hunger of the society’s extreme poor. In the cynical social media and political circles, the development was greeted by widespread derision. This was to be expected. Under any political dispensation, no matter how inclusive, there remains a set of disaffected individuals that feel compelled to challenge every policy of the incumbents. These include those who genuinely feel disenfranchised; those who doubt the legitimacy of the incumbents’ rule, who think the incumbents are a poor substitute for their own leaders; and those who have an irrational hatred for the incumbents. When this has been the state of affairs under every past government in Pakistan, why would this time be any different? And make no mistakes. It is good for the economy of ideas that every policy be challenged. As long as it bears merit and not opposition for the sake of opposition.

The problem with a country like Pakistan where it is customary to regurgitate the half-baked facts handed down by the media rather than engage in genuine research, is that even good ideas are lost in the thickets of political cynicism and obscurantism. The discussion that followed the inauguration of the langar scheme is a case in point. While many just scoffed at the idea, others offered a fascinating mix of arguments ranging from Islam to capitalism. Then there were those who thought that a langar scheme was a cop-out for a government that was unable to control an economic downturn. Some arguments deserve an answer and I will attempt to offer some. But first, let us look at the objective picture.

Ending hunger is a UN-mandated Sustainable Development Goal (SDG). You can grasp its importance from the fact that on the SDG list of priorities, “zero hunger” is Goal 2. It aims at “ending hunger and ensuring access by all people, the poor and the vulnerable to safe, nutritious and sufficient food”. To function, every human body needs a minimum amount of nutrition which is not always handy. Lack of nutrition can waylay a body of the necessary energy to operate, in extreme cases prove fatal, and in children result in stunted growth. In Pakistan, all these are well-known evils. But perhaps the full scale of the problem is not that widely known.

Two years ago this paper reported that according to the International Food Policy Research Institute’s Global Hunger Index, out of 119 countries Pakistan stood at 106. The index uses four indicators namely the proportion of the malnourished population, the frequency of child mortality, the stuntedness of children and the height to weight ratios of children. According to EIU’s 2018 Global Food Security Index, out of 113 countries Pakistan held the 76th position with a score of 44.6. According to the World Food Programme, a whopping 43% of the country’s total population faces food insecurity and 18% lacks access to food. Just think. What you think is a wrong priority for the government is critical to people’s survival.

One common argument is that langars are commonplace at Sufi shrines and the needy can eat there to their heart’s content. That is true but neither such shrines are available in every vicinity nor all of them offer langar. Pakistan is a considerably charitable nation but individual acts of charity cannot substitute an organised scheme where food delivery is ensured three times a day, every day. Quality assurance is another critical component of this programme which individual cases often lack. A big philanthropic organisation working with the government and using available data can offer better targeted interventions of this kind. During this discussion I also came across people who maintained that as per the Islamic traditions, we are under obligation to help people earn a living rather than offering food. Nothing could be farther from the truth. While we already know how two types of charity in Islam (Zakat and Sadaqa) work, between the 14th and 19th century the Ottoman Empire developed an exhaustive network of langars which were often called imaret, aqhane, daru’l-it’am, or daru’z-ziyafe. The Indian Sub-continent is no stranger to the concept either. Why would Islam object to a state ensuring that its citizens don’t die of hunger?

As for linking this with the overall economic picture of the country, you will notice I am no apologist for the current, harsh times. I had maintained from the very start that Pakistan would have to go to IMF for a bailout and the decision consumed too much time and was taken after a lot of haemorrhaging of the economy. Even then as someone who has, against the cultural zeitgeist, put his faith in the IMF’s recipe, I like to believe that the harsh times will be over soon and Pakistan will emerge as a role model for successful reforms and inclusive economic growth. The IMF also needs this win as much as Pakistan does. Still, the high-interest rate troubles me. It might be useful in curtailing inflation but at a terrible cost. The middle class is under stress and threatens to shrink rapidly.

Finally, I do enjoy the argument that a public intervention like the langar scheme is antithetical to the spirit of free-market capitalism. It is enjoyable because the proponents of this thought are devoid of insight into what is happening elsewhere. Ideas are neither stationary nor dead. They grow and mutate. It was plain after the 2008 economic crash that corporate greed and the sense of entitlement is a bottleneck in the way of trickling down of wealth. After some soul searching, a thought pattern is emerging among capitalists where targeted interventions and baseline safety nets are considered just what the doctor ordered. That is why you will never find me arguing against the Benazir Income Support Programme. Social security is not a socialist idea but a capitalist society’s insurance policy against a potential revolt of lower classes or — to put it in Marxist terms — a clash of the bourgeoisie and the proletariat. In view of the growing job displacement owing to automation and in Thomas Piketty’s words, the rich get richer and poor poorer. Still, ideas like universal basic income are becoming part of the mainstream capitalist lexicon. As for food in a recent paper titled “Food Waste Reduction and Food Poverty Alleviation: A System Dynamics Conceptual Model”, Francesca Galli and others argue that only hybrid systems, “situating at the intersection of territorial food, public welfare and third sector voluntary systems” can offer a solution.

If you still don’t think that langars are a good idea then probably you have neither ever endured hunger nor come across chronic or acute hunger. Please do some research and begin by looking up instances of group family suicides and children being sold on the streets.

Folly of the Afghan presidential election 2019