The cost of the seized timber was estima­ted at over Rs2 millio­n.
Published: July 12, 2011
Tweet Email 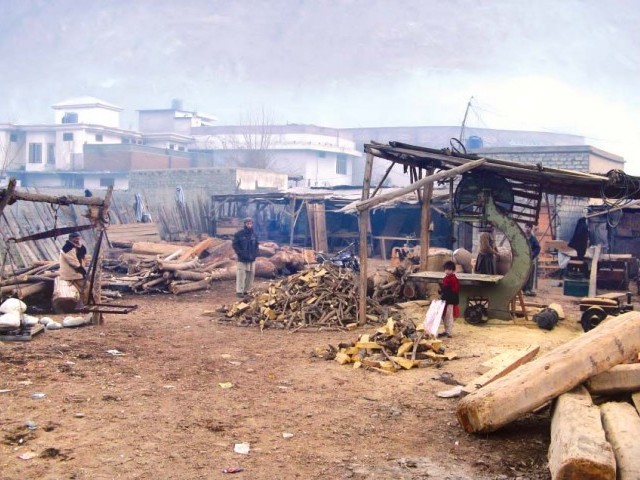 The cost of the seized timber was estimated at over Rs2 million. PHOTO: SHABBIR MIR

The police claimed to have foiled an attempt to smuggle a huge quantity of timber to Punjab here on Monday.

The cost of the seized timber was estimated at over Rs2 million.

Police and forest sources said that after receiving a tip-off regarding the smuggling of timber to Punjab via GT Road, two police parties were deployed in the limits of Panian Chowki and Jhari Kas. During the search, the police impounded four trucks bearing registration Nos. GLT 625, GLT 2561, GLT 4677 and GLT 6694 and recovered 499 logs typically used in construction.

The police also arrested the four truck drivers but none of the owners was booked as they were not present at the scene.

It may be added that organised gangs of lumberjacks have been involved in tree felling in Haripur and upper Hazara division. They transport the timber through Tarbela Lake on boats, from where they load the logs onto trucks for shipment to Punjab and farther down country.