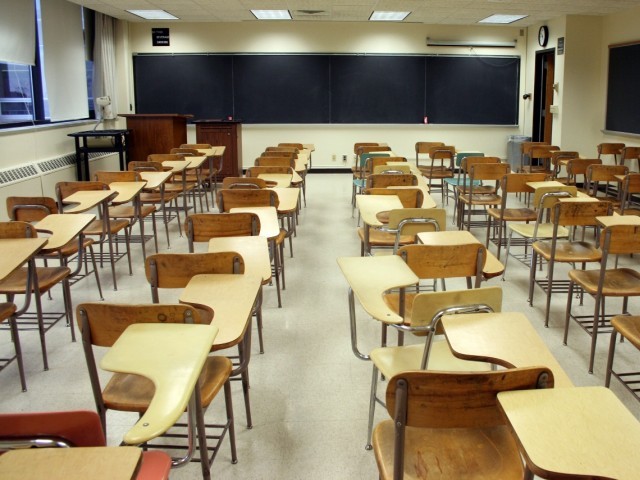 Some teachers and students of Quaid-i-Azam University have rallied behind a teacher who has been facing sexual harassment charges.

Professor Noor Mustafa of Information Technology Department was accused by a student of harassing her in his office asking her either to fulfil his unethical demands or never expect to pass her exam.

The student, Tahira Naseem*, wife of an army officer, along with some of her class fellows lodged complaint with the vice-chancellor of the university that her teacher forced her to fulfil some unethical demands. However, the VC forwarded the case to a committee, which has already been constituted for looking into such cases. The committee has summoned dean of IT Department, registrar of the university and the complainants on Tuesday to probe the incident. The committee, headed by Dr Aneela Kamal held a meeting with university’s vice-chancellor Dr Masoom Yasinzai and discussed with him the issue. The committee has directed all to come up with evidences they have about the incident. The committee will submit submit its findings to the VC in five days.

The committee also briefed the VC regarding an earlier incident of alleged harassment with a student of the Biological Sciences Department by the Controller of Examination last month.

Sources in the university said that the teachers of the IT Department have mobilised students and decided to protect the teacher. A meeting was held in the department on Monday. The accused teacher along with his wife also attended the meeting and tried to prove himself innocent. Dr Azhar Saeed, Dean of the of the IT Department. who presided over the meeting when approached by The Express Triune, refused to talk to media blaming it for hyping the issue.

He said that he was not present on the day when the incident happened and would not be able to share any information in this regard till July 13. Dr Azhar also barred Professor Mustafa from talking to media.

On the other hand, a group of students gathered outside the IT Department and blamed the female student of trapping the teacher. They stated that the student herself had many problems as far as her performance and class attendance was concerned. The group of students refused to disclose their names, and added that the “complainant student had poor academic performance and wanted to blackmail the teacher to clear the subject. She adopted such tactics to avoid being dropped out from the semester.”

“Our teacher is very gentle and had never been involved in such immoral activities,” stated one of the female students.

A student who introduced himself as Ulas Yar Khan stated that it was a mere conspiracy to blackmail the teacher, who is married and father to two daughters.

A spokesman for the VC office said that they could not comment on the issue as the case has been referred to the special committee.