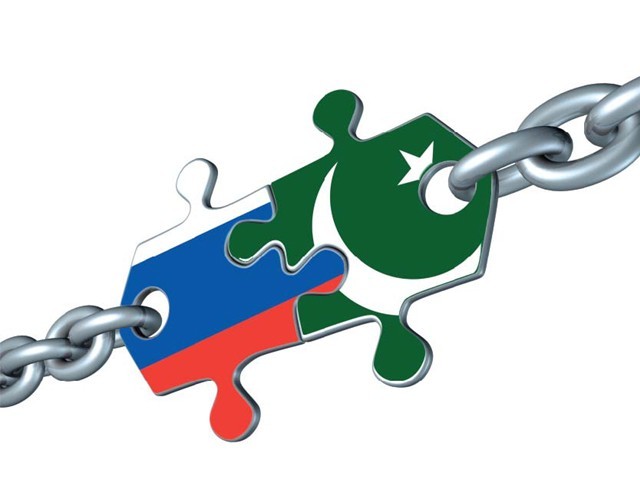 Speaking at the Lahore Chamber of Commerce and Industry (LCCI), he said that there was a need to enhance bilateral cooperation in order to increase the two-way trade.

“There is a traditional trade culture between the two countries as trade of the same products is ongoing. There is a need to explore more sectors for trade,” he added.

“We are having regular meetings with the Pakistani business community to develop more interaction between the two countries,” he stated, adding that Russian businessmen were keen to develop cooperation in trade and investment with their Pakistani counterparts.

He invited the LCCI office-bearers to attend the sixth session of the Pak-Russia IGC (Inter Governmental Commission) to be held this December in Islamabad.

Also speaking on the occasion, LCCI President Irfan Iqbal suggested that a Russian trade representative head office be set up in Lahore, similar to those in Karachi and Islamabad.

“Punjab is a major province of Pakistan and has a lot more trade potential in many sectors,” he added.

Iqbal suggested that a joint venture be set up to invest in the fruit pulp processing sector as Punjab has huge scope of investment in the sector.

He said that according to the International Trade Centre World Trade Map, the volume of bilateral trade between Russia and Pakistan stood at $532 million in 2018 compared to $442 million in 2017.

“There is huge potential to boost the existing trade volume between the two countries, but progress has been slow due to a lack of direct banking channels.”

He said that in the current scenario when the agriculture imports of Russia from European Union have come to a halt, Pakistan food exporters can capitalise on this opportunity.

LCCI Senior Vice President Ali Hussam Asghar said that Pakistani products have become much economical as compared to the past.

“The export of livestock, meat, rice, fresh fruits and seafood can be enhanced to suit the needs of the Russian markets,” he added.