Strong response: Pak will pull troops from Afghan border if US cuts aid

Strong response: Pak will pull troops from Afghan border if US cuts aid

Defenc­e minist­er hopes US will not repeat Bin Laden ‘mistak­e’ in the hunt for Zawahi­ri.
By Kirsten Seymour
Published: July 12, 2011
Tweet Email 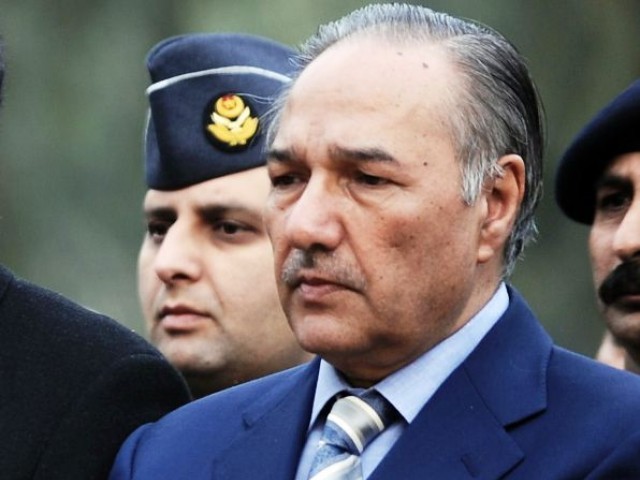 Defence minister hopes US will not repeat Bin Laden ‘mistake’ in the hunt for Zawahiri. PHOTO: AFP/FILE

Defence Minister Chaudhry Ahmad Mukhtar has said that Pakistani troops will pull back from the Pak-Afghan border in reaction to the suspension of nearly $800 million worth of US military aid.

Speaking exclusively on the “Evening Hour with Kirsten Seymour” show (to be aired today on Express 24/7 at 8 pm), Mukhtar said that Pakistan would pull back troops from the nearly 1,100 check posts set up along the Pak-Afghan border.

The defence minister said that $300 million of this aid specifically goes to troops serving in this troubled region. At the same time, this move will sabotage efforts against the Taliban and al Qaeda in the region.

Mukhtar said “this money (US military aid) is not for fighting the war, but is money that we have spent already.”

Mukhtar said that Pakistan could not afford to keep its military out in the mountains or in the border areas for a long period of time.

“The next step would be that the government or the armed forces will pull back the forces from the border areas,” he said.

There are also fears that the forces are being ambushed by tribal militants from across the border, and, if this continues, there could be cross-border fighting. This is a prospect that Pakistan does not look forward to.

The defence minister went on to say that the US, by way of the UAE, had been allowed the use of the Shamsi air strip for non-lethal weapons, such as unarmed drones and as a logistics support site.  “The understanding was that the drones would fly from Shamsi base but only for surveillance … they were not supposed to be lethal and the next thing we knew they were using it for military attacks,” he said.

However, Mukhtar maintained that this was a problem that could be resolved if both the US and Pakistan came to some arrangement.

In his comments on the American assertion that Al Qaeda leader Ayman Al Zawahiri was in the tribal areas, Mukhtar said that he hoped the United States would not repeat the mistakes it made in the raid to capture Osama Bin Laden. This time round, he said, we hope the Americans will work with the Pakistanis and share their intelligence. This falls in line with the request by the Director-General Inter-Services Public Relations (ISPR) to share information with Pakistan.

Interpreting the fallout: ‘US wanted permanent presence on Pakistan airbases’