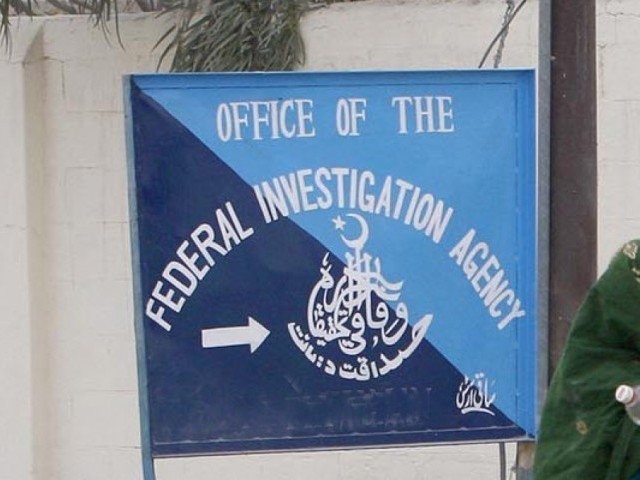 LAHORE: An official of the Federal Investigation Authority (FIA) allegedly implicated a Pakistani-Italian citizen into a human smuggling case and got him blacklisted instead of arresting the actual accused over their ‘similar’ names.

The matter surfaced when the Italian citizen online applied for renewal of his passport that had expired but he came to know from the immigration and passport office that he had been blacklisted.

Accused Muhammad Aslam was allegedly involved in human smuggling after which the FIA registered an FIR against him. But interestingly, the Investigation Officer (IO) implicated another man with the same name (Muhammad Aslam) and was residing in Italy.

Lahore model files complaint with FIA over ‘malicious campaign’ against her

Later, the FIA declared him a proclaimed offender and got him blacklisted through an email to the immigration and passport office.

The FIA official neither mentioned anywhere the father’s name of the accused, nor CNIC, nor his address and other required information.

Later, the alleged accused Muhammad Aslam filed a writ petition in Lahore High Court through his counsel advocate Chaudhary Shoaib Saleem seeking the removal of his name from the blacklist and renewal of his passport.

A senior FIA representative was summoned who told the court that they had written to the passport office that this man is not that Muhammad Aslam who is required to FIA.

The petitioner’s counsel advocate Chaudhry Shoaib Saleem implored the court that it was astonishing to everyone that FIA deliberately implicated a Pakistani-Italian citizen in the forged case despite he is not criminal.

He submitted the petitioner suffered huge problems due to being blacklisted by the department concerned as his passport had expired and his status in Italy was illegal. He argued that it was difficult for the petitioner to live in Italy without the renewal of the passport but the FIA deprived the petitioner of his basic right.

On a court query about getting blacklisted, the petitioner and defective and flawed investigation, a senior FIA official kept mum and later promised the court not to repeat the same mistake in future. Justice Shujaat Ali Khan of Lahore High Court observed that FIA would not make only efforts adding the FIA should ensure the avoidance of such practises in future.