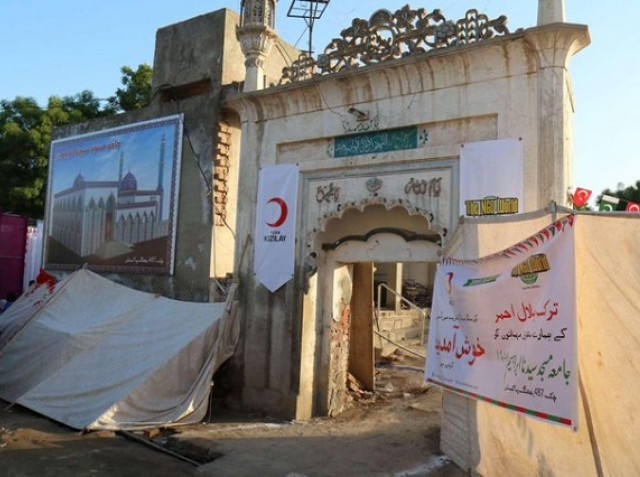 The Hazarat Ibrahim Mosque is located at village Hokran Chak in the Jhang district of Punjab.

Addressing the groundbreaking ceremony, General-Secretary of Turkish Red Crescent Huseyin Can said it was a great honour to restore the historical mosque in a brotherly Muslim country.

“The Turkish nation has not forgotten the friendship of Muslims of the sub-continent,” he said, referring to their assistance in the Turkish War of Independence.

“Turkey has always stood behind their Pakistani brothers and sisters in difficult times of flood and earthquake,” he added.

The mosque was built by local people in 1901.

However, years of neglect has weakened its structure making it dangerous for worshippers praying inside.

The Turkish delegation also distributed food among the needy people of the village and gifted toys and stationery to over 100 schoolchildren.