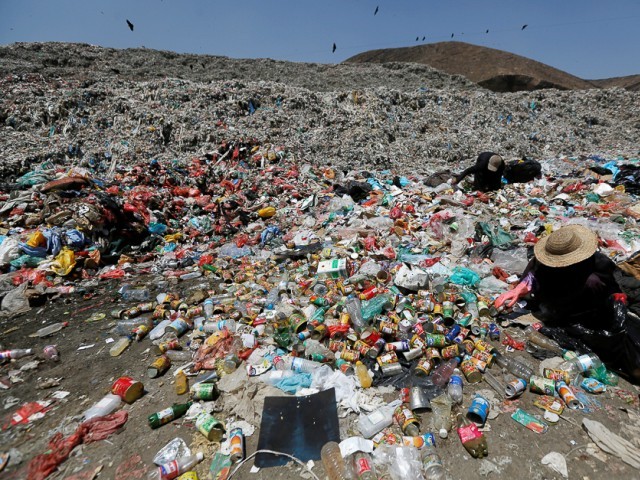 KARACHI: The Sindh government has decided to set up another landfill site for the disposal of garbage accumulated in the city. The land set aside for this purpose is on the Dhabeji site. The proposed site will be on around 3,000 acres of land.

According to Local Government Secretary Roshan Ali Shaikh, blocks will be specified to separate different kinds of garbage brought to the Dhabeji landfill site. Besides, a project will be initiated through public private partnership to generate electricity through garbage, added Sheikh. He claimed that the proposed site could collect around 150 years’ worth of garbage from the city and would be the biggest landfill site in Pakistan. “The land for the site has been acquired. It will be the most unique landfill site in the world as we plan to establish a mini forest on the site. Thousands of neem trees will be planted which will keep the poisonous gases emitting from the garbage from leaving the site,” he claimed.

There are currently two landfill sites, namely Jam Chakro and Gond Pass, for the garbage collected in Karachi daily. There are garbage transfer stations built on various locations as well and temporary transfer stations have also been set up for the provincial government’s ‘Clean My Karachi’ campaign.

However, the capacity of the existing landfill sites has decreased sufficiently given the heaps of accumulated garbage hence a third site has been proposed.

Around 12,000 to 15,000 tonnes of garbage is reportedly collected from the city and brought to the existing landfill sites daily.

According to Sheikh, in September alone around 257,000 tonnes of garbage was brought to the landfill sites.

He said that nearly 18,500 tonnes of garbage is being brought to the sites daily when the collective capacity of the two sites was at barely 5,000 tonnes previously.