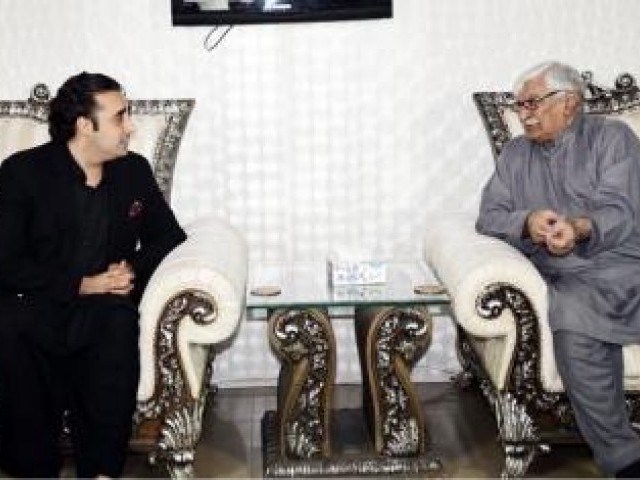 ISLAMABAD/ LAHORE: With opposition parties on Sunday continued to flex muscles for their anti-government plans, they were far from reaching a consensus over participating in the Azadi March called by the Jamiat Ulema-i-Islam-Fazl (JUI-F) on October 27 in Islamabad.

In the latest development, the Pakistan Muslim League-Nawaz (PML-N) convened its central executive committee meeting on Thursday while the Pakistan Peoples Party (PPP) again demanded an all parties conference (APC) over the issue.

After the meeting, Farhatullah Babar maintained that there were no division in the opposition, adding the call for a march had already been made. “The PPP is now contemplating over how it would proceed with the protest march.”

He demanded to call an APC to contemplate over Azadi March. “We agree that the current government has failed and it must go, while new election must be held.”

He reiterated that election would be fair if they were held according to the Election Act by the Election Commission of Pakistan without the involvement of the armed forces.

Both the PPP and the ANP will consult their central coordination committees about their partition in the protest called by the JUI-F.

ANP’s Iftikhar Hussain said he wanted October 27 to become a signature day and would request Fazlur Rehman to call an APC. “We will decide how long Azadi March will prevail,” he said.

The ANP leader remarked that the Rahbar Committee session would soon be called upon.

Mian Iftikhar said that democracy would not be endangered if Azadi March was given the way.

On the other hand, the Pakistan Muslim League-Nawaz (PML-N) has called its central executive committee meeting (CEC) on Thursday to devise party strategy regarding the Azadi March, senior party leader Javed Latif said, a claim that however, was not officially verified by the party.

He said that PML-N had already made it clear that it stood with the JUI-F chief on the issue.

When asked why the party had not stated its position publically after Fazl had announced the date of his Azadi March, Latif said party position would be officially declared after the deliberations were made in the CEC meeting.

PML-N spokesperson Marriyum Aurangzeb, on the other hand, said that no decision on Azadi March had been taken yet.

She said it will be decided only in the party meeting, which will be held somewhere in this week.

Marriyum said that the date of meeting will be given by party president Shehbaz Sharif.

“No date has been announced for any meeting yet,” she said.

Rebuffing rumours of Shehbaz shying away to lead PML-N on the pretext of his back pain, Marriyum claimed said if the party decided to take part in the march, the party president would be there to lead it.

PML-N had earlier announced an unambiguous support for Fazl and also shared its concerns and fears over the threats posed by the PTI regime to the country.

PML-N had also said that it was in total agreement with the suggestion of JUI-F chief that removal of the current regime was the only remedy to all economic, social and strategic crises.

The only difference in the stance of opposition parties was that PML-N had requested to delay the march by a month, which, however, was not honoured by Fazl and he went ahead with his pre-scheduled date.

However, captain retired Muhammad Safdar, in September had already apprised Fazlur Rehman about the commitment of Nawaz Sharif that PML-N would participate in the Azadi March, leaving little for roam the PML-N leaders to deliberate on.

Meanwhile, Fazl has warned the government against creating obstacles in the way of his Azadi March and threatened to shut down the entire country if not allowed to take out the anti-government rally.

Addressing the party workers at a convention in Peshawar on Sunday, the JUI-F chief slammed the Pakistan Tehreek-e-Insaf (PTI) government for its ‘soft stance’ on the Kashmir issue, claiming that the incumbent rulers had “sold the blood of Kashmiri brethren” and were now “rejoicing over it”.

“We’ve chalked out our plan for the protest and the strategy will be shared once finalised,” Fazl said, adding that the government would be blamed for any untoward incident if took place to stop the march.

“Our economy is in tatters and the government has become a puppet in the hands of foreign powers,” he claimed.

He said the country would head towards destruction if nothing was done to topple the government.