Potential aftermath of a nuclear war

Potential aftermath of a nuclear war

In the case of war betwee­n Pakist­an and India, there would be no winner­s
By Kamran Yousaf
Published: October 7, 2019
Tweet Email 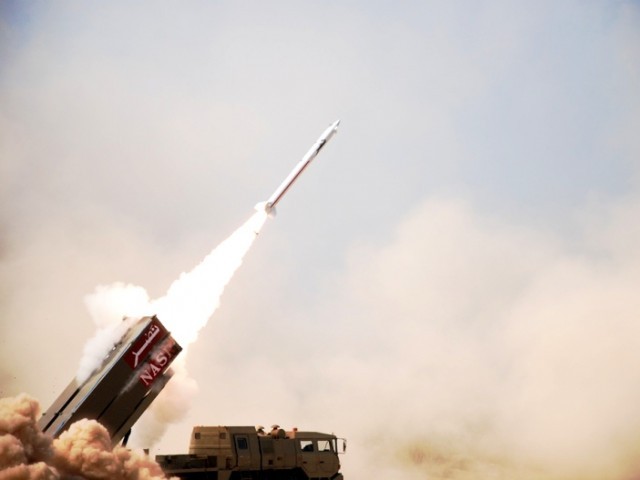 In this file photo, a Pakistani Short Range Surface to Surface Missile Hatf IX (NASR) is launched from a multi tube launcher in undisclosed location. NASR, with a range of 60 km, and in flight manoeuvre capability can carry nuclear warheads of appropriate yield, with high accuracy. (PHOTO: AFP/FILE)

At a time when there is a total breakdown in the relationship between Pakistan and India, there was a story last week that should give some glimmer of hope. Amidst war rhetoric and continued tensions, Pakistan military’s media wing released a handout regarding the handing over the body of an Indian solider. The Indian border security official had drowned in a nullah and swept away to the Pakistani side. Pakistan Army recovered his body after India had requested for help. The handout also accompanied an image showing Pakistani soldiers carrying the coffin of the Indian solider while their Indian counterparts looked on. The way Pakistani and Indian soldiers were standing together in a sombre mood, for once you forgot if there was any hostility between the two neighbours. In the current charged atmosphere, the story did not get much traction.

The reason, perhaps, is that the years of tensions and the recent row over Kashmir have poisoned the minds of the two peoples so much that a few are willing to listen to positive stories.

Since India stripped the disputed Jammu and Kashmir region of its special status, there is virtually a warlike situation amplified by toxic political statements coming from both sides. In the age of social media, the keyboard warriors are adding fuel to the fire. People are so casually talking about the possibility of nuclear war as if it is just a video game. Politicians from both sides, who are supposed to show some maturity, are not helping the cause either. If Indian Defence Minister Rajnath Singh talks of reviewing New Delhi’s “no-first-use” nuclear policy, our own Shaikh Rashid says Pakistan’s nuclear weapons are not meant for celebrations. Such irresponsible statements, to say the least, tend to overlook the dreadful consequences of any nuclear conflagration between Pakistan and India. Perhaps, we may request Japan, which has dealt with the horrors of nuclear weapons, to invite people both from Pakistan and India to sensitise them about the devastating consequences of nuclear bomb. It is easier to talk about the possibility of nuclear war but few have really given a thought as to what will happen if this nightmare becomes a reality. A new study by American researchers gives the answer. Imagine this — the immediate effects of a nuclear war between Pakistan and India may lead to the deaths of up to 125 million people in just a week, according to the study, co-authored by researchers at Rutgers University. That’s 2.5 times the fatalities of the Second World War when an estimated 50 million people were killed as a direct consequence of military action.

The aftermath of such a war would be even more devastating that perhaps, who survive the first phase, may wish to die. In addition to the 100 million-plus death toll in the immediate aftermath, the study authors warn that global vegetation growth could be expected to decline 20 to 35 per cent as ocean productivity fell 5 to 15 per cent — a result that would cause mass starvation, ecosystem disruption and more deaths. It could take over a decade to fully recover from the impacts, they say.

The study clearly illustrates that in the case of a nuclear war between Pakistan and India, there would be no winners. The destruction would be mutual.

The legitimate question, therefore, is: How can we prevent this dreadful scenario? The simple answer, of course, is to resolve the disputes bedevilling the relationship between the two countries. There is no doubt that Kashmir is a very intricate dispute and the recent changes India has brought further compounded this 72-year-old festering wound. In the current environment, prospects of finding a solution acceptable to all the parties are dim like never before. But still, the two sides, if their intentions are clear, can opt for a peaceful path instead of picking the destructive route. The choice is ours!