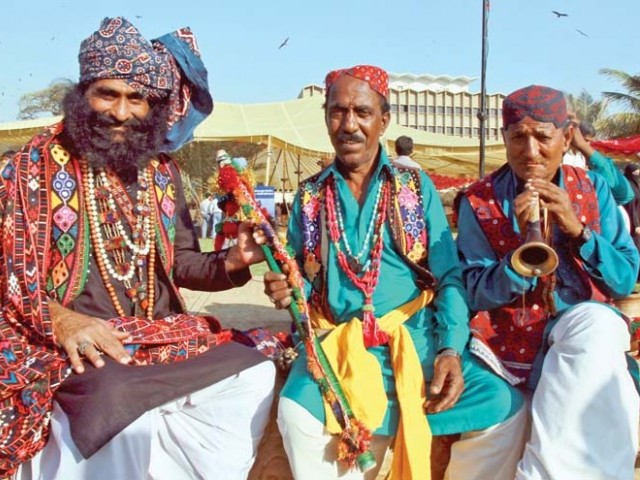 ISLAMABAD: The French embassy celebrated 45 years of Rafi Peer Theatre workshop and its outstanding contribution to the arts and culture in Pakistan.

For most of them, this sort of music was a real feast as they had not heard such kind of music before. Especially those diplomats who have just arrived in Pakistan were greatly enchanted by this genre of music.

Rafi Peer Theatre workshop started its journey in 1974 with the National Theatre Culture Project. In 1982 the first permanent puppet theatre was set up at Alliance Francaise Karachi.

French Ambassador Marc Barety in his brief remarks on the occasion thanked famous artist Usman Pirzada and his brothers for hosting such a memorable event.

The ambassador also quoted sayings of Jalaluddin Rumi about Sufi music which makes to forget about everything else because of its strong and captivating melodies.

He said, “Our continued and friendly partnership underscores the historic contribution of the French embassy and of Alliance Francaise in the promotion of arts and culture in Pakistan.”

Renowned actor Usman Pirzada said, Rafi Peer Theatre workshop was a non-governmental body dedicated to the promotion of the performing arts globally. Since its inception, it has grown to encompass the Rafi Peer cultural centre which houses the Museum of Puppetry, an arts and crafts village and a café.

It has also helped authorities develop creative educational programmes for Pakistani children and also includes an artist’s management company, plus a complete production studio with post-production facility for video, animation and music.

The company embraces both traditional and modern cultural expressions and encourages international cultural exchange and participation.

Rafi Peer, he said, also focuses on robust outreach programmes that include initiatives for awareness, development and education.