SM Krishn­a says not desira­ble that US heavil­y arm the region and upset the equili­brium in the region itself.
By AFP
Published: July 11, 2011
Tweet Email 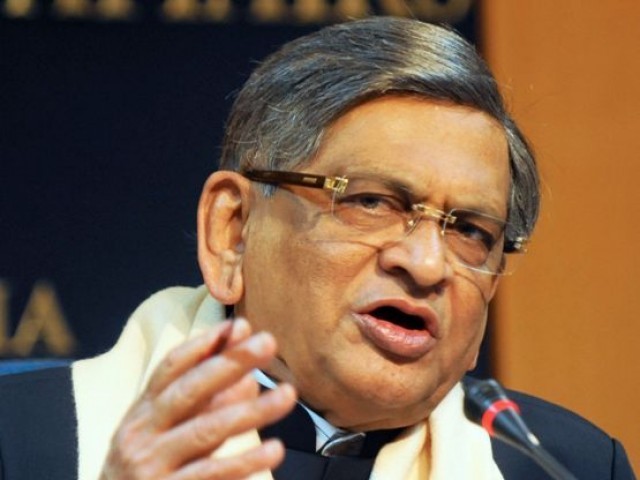 SM Krishna says not desirable that the US heavily arm the region and upset the equilibrium in the region itself. PHOTO: AFP/FILE

NEW DELHI: India on Monday welcomed the US decision to suspend $800 million worth of military aid to Pakistan.

“It is not desirable that this region had to be heavily armed by the US, which will upset the equilibrium in the region itself,” External Affairs Minister S.M. Krishna said, according the domestic PTI news agency.

“To that extent, India welcomes this step,” he said.

The United States is withholding some $800 million in aid to Pakistan, almost a third of the $2.7 billion in security assistance it provides each year to Islamabad.

Last month, Secretary of State Hillary Clinton warned that Washington would slow down US military aid to Pakistan unless it took unspecified steps to help the United States.

William Daley, Obama’s chief of staff, confirmed that the administration was suspending and, in certain cases, canceling some $800 million of military aid.

The suspended aid includes about $300 million to reimburse Pakistan for some of the costs of deploying more than 100,000 soldiers along the Afghan border, according to the New York Times, which broke the story late Saturday.

In addition, said the Times, hundreds of millions of dollars in training assistance and military hardware are also being withheld.

Correction: An earlier headline of this article did not mention the suspension of ‘military’-specific aid to Pakistan. The correction has been made.