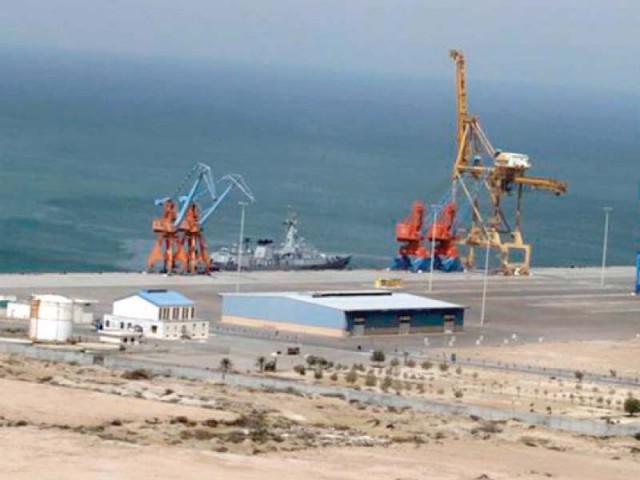 The government has not yet been able to address grievances of domestic investors who have invested billions of rupees in SEZs on the promise of getting a 10-year income tax holiday under the SEZ Act 2012. PHOTO: FILE

ISLAMABAD: Days before Prime Minister Imran Khan’s departure to China, Pakistan’s cabinet has approved legislative changes to address a longstanding issue of tax concessions for Gwadar Port and Gwadar Free Zone, removing a key bottleneck in the way of populating the industrial estate.

The decision to amend the Income Tax Ordinance, Sales Tax Act and Customs Act was taken to address the three-year-old issue, which had been irritating China, but only after the push came from the National Development Council (NDC).

The recently constituted NDC is chaired by the prime minister and Chief of Army Staff General Qamar Javed Bajwa is its member. The cabinet took the decision in its last meeting. After the cabinet’s approval, the government is expected to promulgate a presidential ordinance to bring these legal changes as the National Assembly is currently not in session.

The government has also not yet been able to address grievances of domestic investors, who have invested billions of rupees in the SEZs on the promise of getting a 10-year income tax holiday under the SEZ Act 2012. As these industrial units are set to start production, the Federal Board of Revenue (FBR) has refused to provide a blanket income tax holiday.

The FBR is insisting on charging 1.5% minimum income tax, being calculated on sales of these units, which these industrialists claim will nullify the impact of the 10-year corporate income tax holiday.

The FBR is also not giving withholding tax exemption certificates to some of the units that have already started production, which has led to the filing of a court case by a domestic investor. The bureaucratic snags have adversely affected business sentiment in the country, which finally resulted in a meeting between the army chief and Pakistan’s top businessmen this week.

“Coastal development is the government’s top priority and focus will be on Gwadar’s development, which will usher in a new era of galvanised economic activities in Pakistan,” said the planning minister.

The tax concessions had already been recommended by the Economic Coordination Committee (ECC) of the cabinet but the mode of legislation had not been agreed at that time.

President Dr Arif Alvi is expected to promulgate the ordinance any time before the departure of PM Imran, who is heading to China to allay concerns of the Chinese leadership about CPEC slowdown, said government sources. Regional political and strategic developments were also on the agenda of the prime minister’s trip.

China is developing Gwadar Port as a strategic and commercial hub under its Belt and Road Initiative.

In February 2013, China Overseas Port Holding Company Limited (COPHCL) took over operations of the port from a Singaporean company. The concession agreement included a tax holiday for both the operators of Gwadar Port and the businesses being set up there.

The cabinet also approved sales tax and federal excise duty exemptions on the import of machinery, equipment, and material either for use in Gwadar Free Zone or for export, subject to the condition that all such imports were made by investors of the free zone.

It approved tax exemptions for the businesses to be established in the Gwadar Free Zone area for a period of 23 years with effect from July 2016 on their packaging, distribution, stuffing and de-stuffing, CFS, container yard, warehousing including cool and cold rooms, transhipments, labelling, light-end assembly, re-assembly, imports, exports and their value addition, and all related commercial activities.

The fate of local investment

The government has not been able to ensure the tax incentives that had been promised to the investors under the SEZ Act 2012.

The Bin Qasim Industrial Park (BQIP) and Korangi Creek Industrial Park (KCIP) have been set up under the 2012 law. Over 40 companies comprising domestic and foreign investors have made an investment of around Rs70 billion in these two zones.

“The major incentive promised under the SEZ Act 2012 was an exemption for all SEZ enterprises from all taxes on income,” said an industrialist who has set up a major plant in the Bin Qasim zone.

However, the FBR was not ready to extend the tax holiday to the minimum 1.5% income tax, which is calculated on the total value of turnover. Many meetings have taken place between the FBR, Ministry of Industries and investors but no conclusion has been reached yet.

Investors believe that the FBR’s refusal to give exemption from a 1.5% turnover tax will effectively neutralise the benefit of the promised 10-year income tax holiday. Over a period of 10 years, the turnover tax becomes almost equal to the 30% corporate income tax on the assumption that during the first three years the companies will sustain losses. Businessmen argue that there is practically no 10-year income tax holiday.