Wheels that run on command

Wheels that run on command 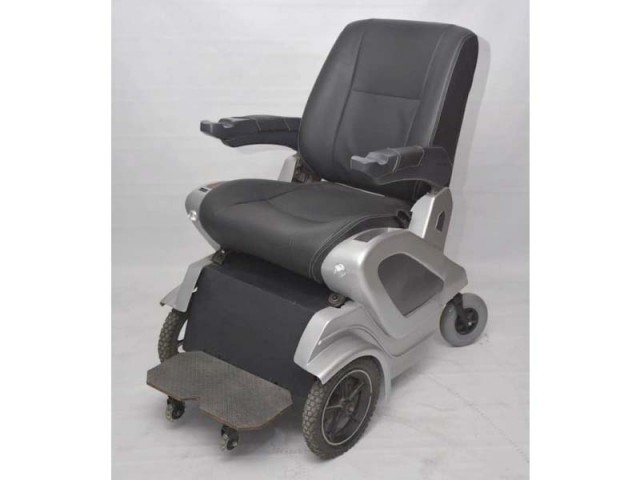 LAHORE: It is no secret that those living with physical disabilities in Pakistan face countless difficulties in performing day to day chores due to the lack of accessibility.

According to a research report published by the British Council, there are about 27 million people with disabilities that are socially excluded. This lack of engagement costs the economy between 4.9 per cent and 6.3 per cent of GDP each year and yet there is no solution provided to ease the discomfort of disabled individuals.

Acknowledging the need to make life easy for those stricken with disabilities, a young engineer has taken it upon himself to design a solution. Putting his mechanical engineering expertise to work, Lahore University of Management Sciences (LUMS) graduate Faaiz Arbab has come up with Pakistan’s first voice-controlled wheelchair, which he has christened GOBEE 1.0.

Silicon Valley goes to the Vatican to talk tech ethics

Speaking to The Express Tribune, Arbab revealed he had very personal motivations in designing the unique product.

“When my grandmother suffered from a pelvic bone injury, my family looked everywhere to find a powered wheelchair for her,” he said. “They couldn’t find a single wheelchair manufacturer in Pakistan and were forced to choose an imported one.”

“The problem with imported wheelchairs is you have absolutely no after-sales services and customer care. So I decided four years ago to make a wheelchair for my grandmother myself,” he added.

Arbab was in the third year of electrical engineering at University of Engineering and Technology (UET) when he took on the project and was unable to complete it within the time frame he aimed for.

“I started over again and this time I never stopped, with all the available resources I gathered my shattered confidence and pitched my idea to National Incubation Centre, Lahore where they liked the idea and took my oath that I will show them my prototype in two months. I started over and showed them, from there it got the attention and that’s how I was able to sell my first product,” he told The Express Tribune.

Arbab’s hard work paid off and in 2018 he formed his company AYECo alongside his team members who helped in creating the country’s first voice-enabled wheelchair.

There is an immense investment and emphasis made in the western communities in terms of technology but in this domain, Pakistan’s tech industry lags behind which has caused a ripple effect on the economy as well. A study published by Harvard Business Review ranks Pakistan 59th on the list of countries with the lowest level of technical skill. Such statistics showcase the daunting reality of Pakistan’s current position in the technology industry.

However, Arbab is hopeful that the tech industry is slowly gaining momentum with the growing interest of government, investors and the public in the latest technology.

“Overall Pakistani ecosystem is evolving to a better point, and things will improve with time. We’ve been able to sell more than 100 units of smart wheelchairs, all over Pakistan and we want to export this product from Pakistan.”

Furthermore, AYECo.’s work did not end at GOBEE 1.0, the tech company has engineered GoCane which is a smart stick designed to aide the blind with their everyday work along with a series of wheelchair accessories.

Pakistan’s Ministry for Science and Technology must make a more impactful effort in promoting and encouraging the youth to make further advancements in science and technology.