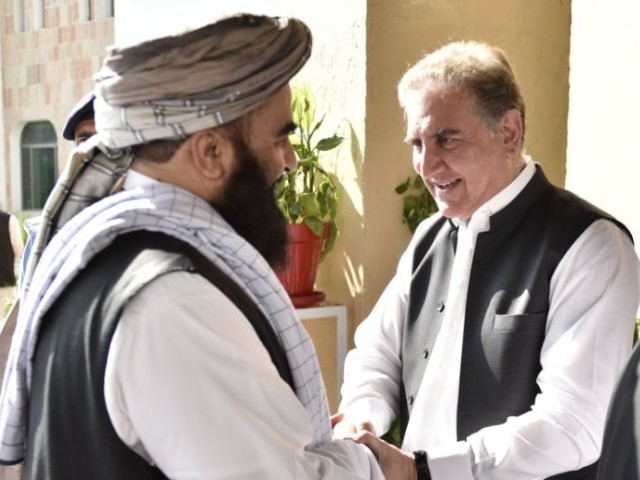 ISLAMABAD: Pakistan is making valiant efforts to break the stalemate between the United States and Afghan Taliban as it has arranged first direct meeting between the two sides in Islamabad since the peace process collapsed last month.

A Pakistani official privy to the development confirmed to The Express Tribune that US special envoy Zalmay Khalilzad and Taliban representatives, led by Mullah Abdul Ghani Baradar, met for the second day on Friday.

The meeting was a follow up of their two-hour-long discussions held in Islamabad on Thursday, said the official, who requested not to be identified since he was not authorised to speak to the media.

This was the first face-to-face meeting between US chief negotiator and Taliban leaders since President Donald Trump last month pulled out the peace talks, citing the Taliban’s continued attacks targeting American soldiers.

Both Pakistan and US officials remained tight-lipped about the talks in Islamabad, although, Foreign Minister Shah Mahmood Qureshi did confirm that US and Taliban representatives were scheduled to meet.

Pakistan, Afghan Taliban call for US to resume peace talks

He, however, neither provided any further details nor suggested if the meeting had already taken place.

The purpose of these meetings, according to the official, was to lay the ground for the resumption of peace process, which has already covered a lot of ground.

In fact, when Trump cancelled talks with the Taliban at Camp David on September 9, the two sides had in principle already finalised the deal.

One of the reasons of talks cancellations was the impression that the draft agreement offered little concessions to the US and some even perceived it as a document of surrender.

The current efforts led by Pakistan are aimed at narrowing down the differences between the two sides. The US has been pushing for a ceasefire or at least securing a commitment from the Taliban to reduce the level of violence in Afghanistan.

Pakistan is trying to convince the Taliban to show flexibility on the issue of ceasefire and holding direct talks with the Afghan government.

Till now, the Taliban have resisted those demands. The insurgent group is adamant that the issue of ceasefire and intra-Afghan dialogue would be taken care of once the deal is sealed with the US.

Pakistan is hopeful that it will be able to persuade the Taliban to reconsider their stance. Both the Taliban representatives and US envoy are staying in Islamabad till Sunday.

The purpose of extended visit is to give enough time to both sides to bridge their differences.

FM Qureshi, who held a meeting with the Taliban delegation, noted that the direct talks between the US and insurgent group had covered a lot of ground and provided a historic opportunity to seek a political solution to the Afghan war.

At the same time, he urged all parties to reduce violence in order to create an enabling environment for the resumption of frozen peace talks. Although, the Foreign Office press release did not name Taliban, the message was clearly meant for the insurgent group.