The film is still set to releas­e in the UK, USA and Canada on Octobe­r 11, coveri­ng 22 cinema­s except for Pakist­an
By Asfa Sultan
Published: October 2, 2019
Tweet Email 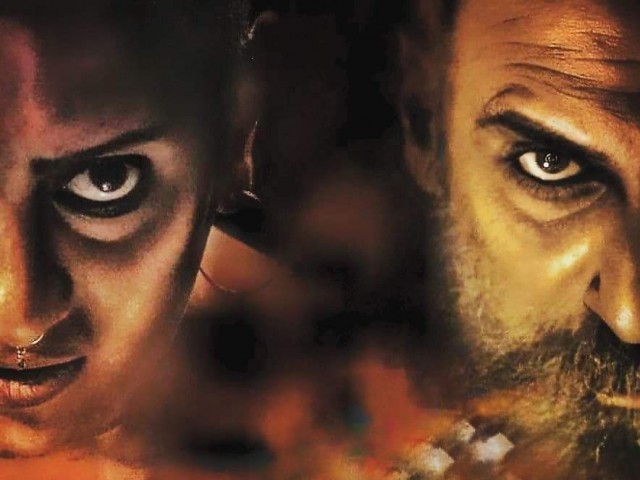 Actor-cum-producer, Shamoon Abbasi’s upcoming film Durj (The casket),  is a suspense thriller, which made it to the 72nd edition of Cannes Film Festival this year. However, given the subject of the film addresses a problem people don’t even know exist, it has been banned by all censor boards.

The film is based on true events from around the world, depicting cannibalism.

It was expected to be released on October 18 in Pakistan, while the producer also shared its promotional posts on Facebook and Instagram, updating his fans about the film’s International release, which is October 11.

Requesting anonymity, a source told the Express Tribune that “The censor board has banned Durj because of it’s subject. Given that a sensitive topic such as cannibalism, should not be propagated so openly. However, Shamoon Abbasi is trying his level best to make sure the ban is lifted.”

In an earlier Instagram post, Abbasi said the film was based on a true story, referring to it as ‘one of the darkest mainstream movies to hit that screens in years.’.

Shaam films.' "#DURJ the casket," based on true events about the heinous crime of cannibalism occurred in Pakistan and various parts of the world in the past , is shaping up to be a big hit despite being one of the darkest mainstream movies to hit screens in years #DURJ is surely going to revive the cinemas entertainment Releasing 10th October #UAE|#OMAN|#KUWAIT|#BHARAIN|#QATAR 11th October 2019 #USA #UK #CANADA #NORWAY #DENMARK 18th October PAKISTAN #pakistanifilms #2019releases #upcomingpakistanifilms #Shaamfilms #bluntdigital #Shamoonabbasi #zashkofilms #distributionclub #abaassociates #Greenchilli

However, the producer is yet to comment on the ban imposed.

Tarnishing my image will not stop me from fighting for Kashmiris: Mehwish Hayat