The accuse­d raped the victim at gunpoi­nt and filmed the ordeal on their phones­
By Munawar Khan / Nasir Butt
Published: October 2, 2019
Tweet Email 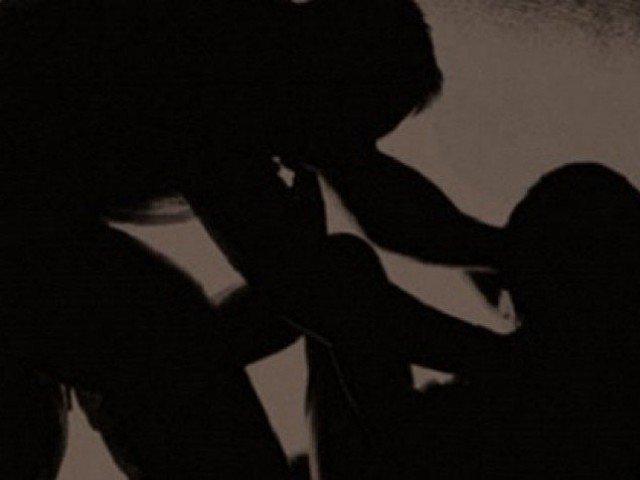 KARACHI: A local court handed over on Tuesday six accused, including two police officials, to the police on physical remand for their alleged involvement in a case of gang rape.

The case was reported to the police by the victim, K*, on September 29. According to the FIR, no. 315/19, a copy of which is available with The Express Tribune, she was alone at home on September 26, when she heard a knock on her door at around 12pm. When she opened the door, four men forced their way inside and started threatening her at gunpoint.

One of the men, who the victim recalls being addressed to as Sarfaraz by his accomplices, then took her inside a room and assaulted her while filming the ordeal on his mobile phone.

The man, identified as Sarfaraz, then left the room and two unidentified men came inside and proceeded to rape her. During this time, two more accomplices of the accused entered her house, after which all the accused threatened her with dire consequences if she dared tell anyone about the incident. The victim told the police that she can recognise all six accused.

One of the accused, who the victim identified as Kamran Malik, saved her phone number on his phone and even called and messaged her after they left at around 1pm. He warned her again to stay in contact with them and not to share the ordeal with anyone.

When the victim’s husband came home from work at 2pm, she narrated the incident to him. The victim also told the police that two female tenants, who live in the upper storey of the house, saw the men entering the house.

A day after the FIR was registered, Khwaja Ajmer Nagri Police arrested all six suspects. They were identified as Razzaq, Naeem, Kamran, Liaquat and police officials, Danish and Sarfaraz. The case was registered under the sections of 376, 34/452.

Female student gang-raped by van driver, his friend in Layyah

ASI Tahir, who is investigating the case, told The Express Tribune, that all six accused live on the same street as the victim. “We were able to arrest the accused on Monday morning with help from our informants,” said ASI Tahir, adding that they had collected DNA samples of all the accused and the victim on Tuesday. The medical tests and collection of forensic samples was conducted at the Abbasi Shaheed Hospital.

Meanwhile, the suspects were presented before the court on Tuesday, which handed them over to the police on physical remand for a day. According to ASI Tahir, the identity parade will be held today (Wednesday) and the police will carry forward their investigation on the basis of which of the suspects is identified by the victim.