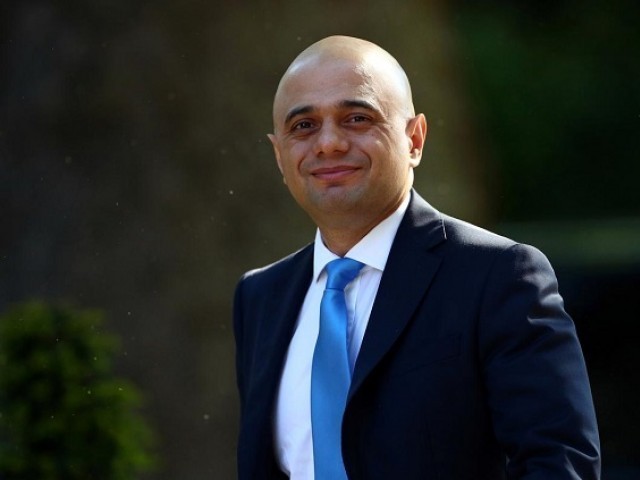 British Chancellor of the Exchequer Sajid Javid caught everyone by surprise by addressing his mother in Punjabi during a speech at the annual conference of the ruling Conservative Party in Manchester.

“Mummy, did you ever think we’d be here today?” he asked her in Punjabi on Monday.

Javid, son of Pakistani immigrants, welcomed his mother as he started his key note speech. “You know, 20 years ago, Mum thought it was a big deal when she watched the first Asians move into Coronation Street here in Manchester,” said the chancellor.

“Well now, she’s watched the first Asians move into Downing Street. Once again, we’re living above the shop, but I’m so happy to make her proud,” he added.

While speaking fluent Punjabi, he then directly addressed his mother asking her that did she ever have an idea that they would make it to here. “Mummy did you ever think we’d be here today? Daddy’s shop used to be just here,” Javid said light-heartedly as the audience broke into applauds and cheers.

“Sorry that’s between us, I forgot you were there. Just trying to make her comfortable,” said Javid following a short laugh.

Javid, son of Pakistani immigrant bus driver is known as the face of a modern, multicultural and meritocratic Britain.