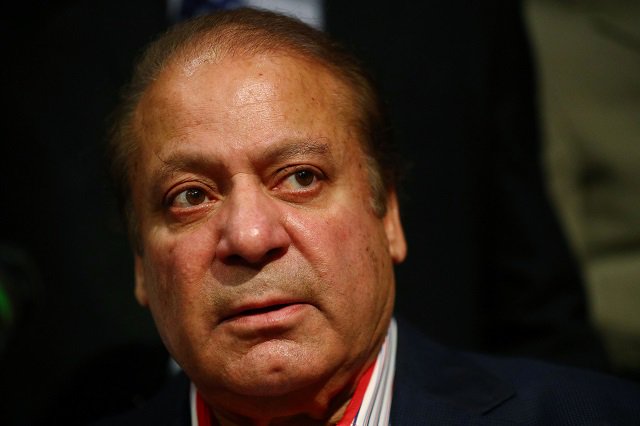 A British asset recovery firm has launched a high court case against Pakistan and the National Accountability Bureau (NAB) after it says the government allegedly failed to pay a multimillion-pound bill for tracking down properties once owned by former prime minister Nawaz Sharif.

According to a report published in The Guardian, Broadsheet has launched an unusual claim for about £17 million.

It also plans to apply to take possession of Avenfield apartments, four luxury flats in Park Lane, central London, which were the homes of Sharif’s family in London.

The London apartments, in a block next to Hyde Park on the edge of Mayfair, were used to raise a £7 million mortgage and would probably be worth more than £8 million today.

The corruption case against Nawaz highlighted the ease with which London’s property market could be used to move money from abroad.

Stuart Newberger, a senior partner at the Washington-based law firm Crowell and Moring, which represents Broadsheet, said the high court had previously ruled in a private hearing that Pakistan owed his client about $22 million for helping locate and repatriate the corrupt assets of Sharif.

“Pakistan has refused to comply with this final non-appealable court decision, thus requiring Broadsheet to enforce this order by seizing Pakistan’s assets,” he said.

Evans also upheld Broadsheet’s reading of the asset recovery agreement as entitling it to 20 per cent of any assets recovered from the targets, regardless of whether the assets were located in Pakistan or abroad.

The Pakistan high commission did not respond to repeated requests for comment.

Arshad Malik’s Al-Azizia verdict against Nawaz must be set aside: PML-N

Broadsheet, registered in the Isle of Man, entered into the agreement with the NAB in 2000, in which it agreed to help track down the assets of Nawaz and over 200 other politicians, officials and their families.

The work was done at the firm’s expense in return for 20 per cent of any sums recovered from the designated targets.

The NAB, however, terminated the agreement in 2003 but Broadsheet’s owner, the Iranian-born Oxford academic Kaveh Moussavi, said he later learned that NAB had secretly entered into settlements with Nawaz and other targets.

The company said the agreement entitled it to a commission on any settlement with the targets, even if Broadsheet was not involved in procuring them.

After seven years of exile in Saudi Arabia, Nawaz returned to Pakistan during the arbitration and was elected for a third term as prime minister in 2013.

The Supreme Court of Pakistan subsequently disqualified him from public office in July 2017 after incriminating information on Nawaz, first brought to light by the Panama Papers, the huge leak of data from law firm Mossack Fonseca in 2015 that shed light on the ownership of thousands of companies in secretive tax havens.

The leaks linked Nawaz’s children to the purchase of London properties through offshore companies in the British Virgin Islands in the mid-1990s. At that time the children were minors, and the purchases were assumed to have been made by Sharif.

Pakistani authorities accused Nawaz of using a complex series of transactions and shell companies to funnel the proceeds of public funds embezzled at home into assets abroad.

The top court ruled in April last year that his disqualification should be for life. Nawaz still faces multiple criminal proceedings.

In July 2018 an accountability court convicted him, his daughter Maryam and son-in-law Safdar Awan of corruption relating to the acquisition of flats at Avenfield. Nawaz and Maryam were arrested on 13 July after landing in Lahore. Maryam’s sentence was suspended by a court in Islamabad. They deny any wrongdoing.

Investigations into Nawaz were part of a campaign against corruption promised by Prime Minister Imran Khan, who came into power in July last year.

This story originally appeared on The Guardian.