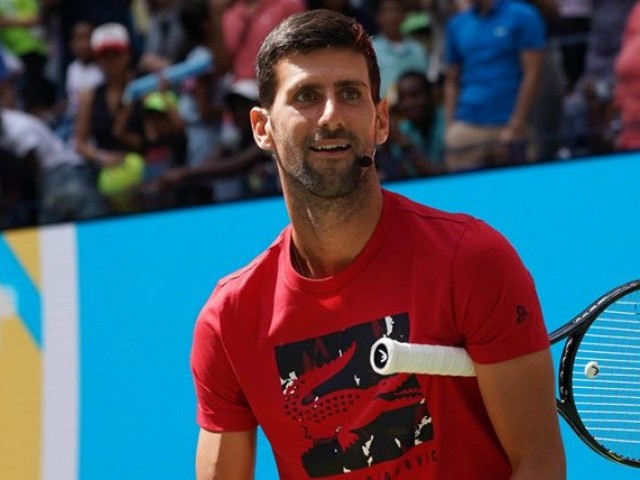 TOKYO: World number one Novak Djokovic, forced out of the US Open with a shoulder injury, suffered a doubles defeat at the Japan Open on Monday, but proved his recovery is on track.

Bruno Soares of Brazil and Mate Pavic of Croatia beat the 32-year-old Serbian star and his countryman Filip Krajinovic 6-2, 4-6, 10-4 to progress to the quarter-finals.

Top seed Djokovic will make his Japan Open singles debut on Tuesday playing Alexei Popyrin, a 20-year-old Australian, at the Ariake Coliseum, a venue for the Tokyo 2020 Olympics.

His main challengers in the Japan event will be second seed Borna Coric of Croatia and Belgian third seed David Goffin.

Earlier this month, Djokovic was forced to pull out of his US Open fourth-round clash with Stan Wawrinka due to a nagging injury in his left shoulder.

His return means he could play out the season and hold off a challenge to his number one ranking from US Open winner Rafael Nadal.

Later in the day, 2014 US Open champion Marin Cilic of Croatia downed Japan’s Yuichi Sugita 6-4, 6-4 in the first round.

It was their first tournament match after the two practiced together at a tennis academy in Italy.

“It was a good match. Unfortunately one of us has to win,” Cilic said.

The Croatian added that he has to “be ready to play well” in the second round, when he will face either Lorenzo Sonego of Italy or South Korean Chung Hyeon.

Sugita’s defeat is a disappointment for local fans after Japanese star Kei Nishikori pulled out of the tournament due to injuries.