German league is partic­ularly attrac­tive to US fans becaus­e 11 Americ­ans are playin­g there
By AFP
Published: September 30, 2019
Tweet Email 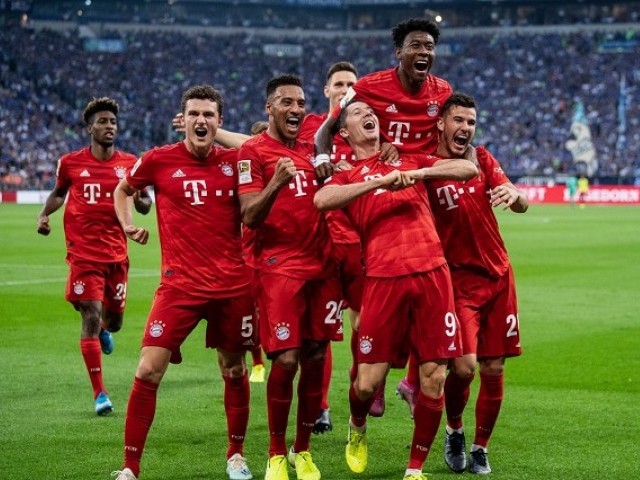 BERLIN: American sports network ESPN added to its collection of overseas football rights on Monday when it confirmed it has signed a six-year deal with the Bundesliga.

The German league is particularly attractive to US fans because 11 Americans are playing there, including some rising stars.

The Bundesliga was previously with Fox in the United States. That network now has no European leagues.

NBC continues to own the rights to the English Premier League, the domestic competition that attracts most interest in the United States, while the Champions League is on TNT and La Liga on BeIN.

ESPN owns the English cup competitions and Serie A but the Bundesliga gives it a chance to showcase some of the most exciting young American players.

US internationals Weston McKennie and Joshua Sargent are among the Americans playing in Germany and both were on hand to express their delight at the six-year contract which starts in August 2020.

Midfielder McKennie helped Schalke earn a shock 3-1 win at RB Leipzig on Saturday. Sargent, a 19-year-old striker, who made his US debut last year, helped set up a goal in Bremen’s 2-2 draw at Borussia Dortmund.

“Personally, I think it will be very cool that people can now watch me in action, because it’s the sports network I watched when growing up,” said Sargent.

The Bundesliga has stepped up its effort to compete internationally with the Premier League, adopting the slogan ‘Football As It’s Meant To Be’ and stressing that it draws more fans to matches and averages more goals per game.

ESPN pointed out in its press release that more than 50 Americans have played in the German top flight since 1986, more than in any other European League.