DPO says one of the terror­ists blew himsel­f up near police vehicl­e while the other was killed in crossf­ire
By Our Correspondent ​
Published: September 30, 2019
Tweet Email 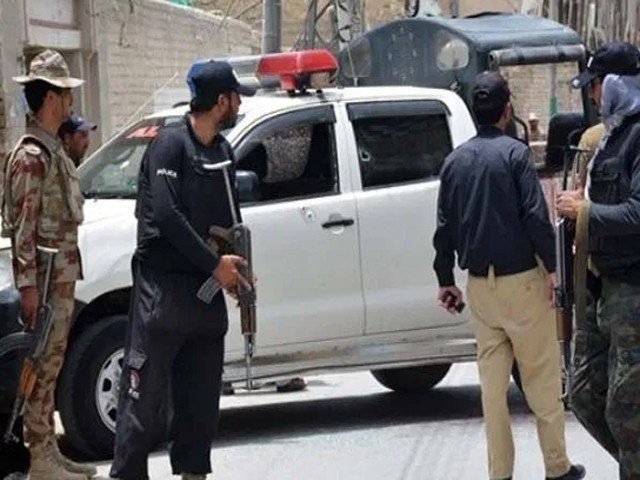 DPO says one of the terrorists blew himself up near police vehicle while the other was killed in crossfire. PHOTO: EXPRESS/FILE

QUETTA: A police personnel was martyred and three others sustained injuries in a suicide attack on a police vehicle in Balochistan Loralai district on Monday.

Officers of the police’s Eagle squad signalled two suspicious motorcyclists to stop for checking, however, they tried to flee the scene which was followed by an ensuing chase.

One of the assailants blew himself up leaving a police man and the bomber dead.

Loralai District Police Officer (DPO) Jawad Tariq confirmed that one of the motorcyclists blew himself up as the police personnel were chasing them.

The other assailant was killed by police during the shootout, he added.

Soon after the incident, police and Frontier Corps (FC) personnel have cordoned off the area.

While strongly condemning the incident, Chief Minister Jam Kamal said: “Our police has valiantly fought in the face of the scourge of terrorism in the province and continues to do so.”

Balochistan is no stranger to violence as on September 28, three people, including Jamiat Ulema-i-Islam-Fazl (JUI-F) Deputy Secretary General Muhammad Hanif, were martyred in an improvised explosive device (IED) blast in Chaman.