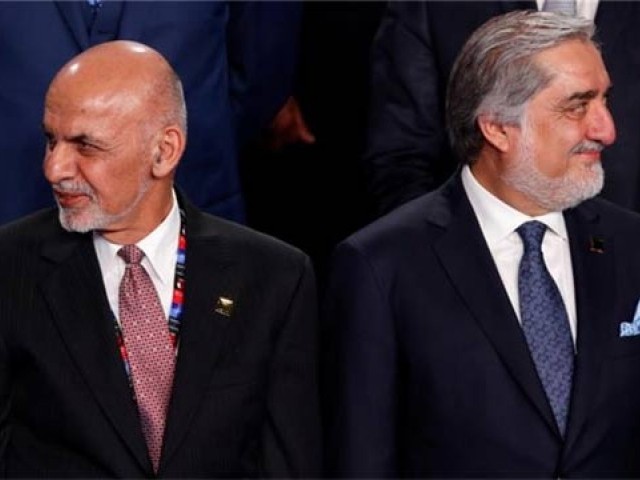 KABUL: Abdullah Abdullah, Afghanistan’s chief executive and President Ashraf Ghani’s top rival, claimed victory Monday after the weekend’s first round of voting in the presidential election, ahead of the release of any official tally.

“We have the most votes in this election,” Abdullah said at a news conference.

“The results will be announced by the IEC (Independent Election Commission), but we have the most votes. The election is not going to go to a second round.”

Abdullah, who is seeking the presidency for the third time after losing in 2009 and 2014, said his team would “make the new government”.
Senior IEC official Habib Rahman Nang immediately slammed Abdullah’s announcement as premature.

“No candidate has the right to declare himself the winner,” he said.

“According to the law, it is the IEC that decides who is the winner.”
Initial results from Saturday’s poll are not expected until October 19.

Without giving details, Abdullah also mentioned reports of “some government officials” meddling in the election process.

Candidates need more than 50 percent of the vote to be declared outright winner, or else the top two will head for a second round in November.

Despite a large pool of candidates, the election is seen as a two-horse race between Abdullah and Ghani.

The men are bitter rivals and fought a contested election in 2014.

They both claimed victory in that poll – a vote so tainted by fraud and violence that it led to a constitutional crisis and forced the administration of then-US president Barack Obama to push for a compromise that saw Abdullah awarded the subordinate role.