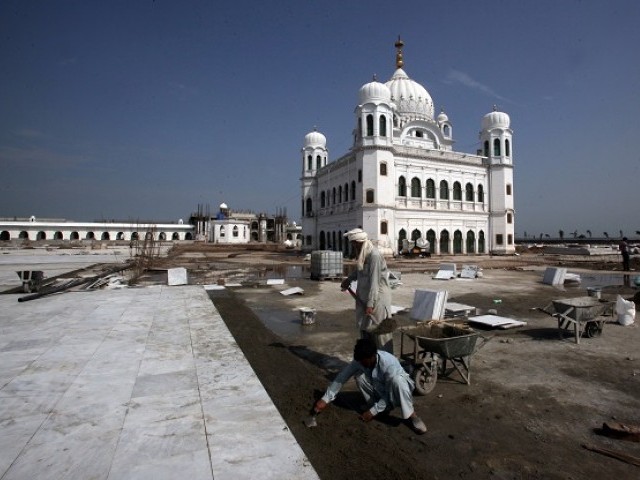 ISLAMABAD: Pakistan has decided to invite former Indian Prime Minister Dr Manmohan Singh to the inauguration of the historic Kartarpur Corridor, scheduled to be held on the 550th birth anniversary of Guru Nanak Sahib in November.

In a video statement on Monday, Foreign Minister Shah Mahmood Qureshi said Islamabad has decided to invite Manmohan Singh after consultations with all stakeholders.

The foreign minister underscored that the Kartarpur Corridor opening was a special occasion and Pakistan wanted the former Indian prime minister to be part of the historic moment.

A formal invitation will be extended to the Congress leader as well, said FM Qureshi.

The Kartarpur Corridor, which will be the first visa-free route between Pakistan and India, is expected to open on November 11.

Pakistan has kept the corridor project insulated from the recent tensions with India over the annulment of Article 370 and New Delhi’s subsequent repressive actions in occupied Kashmir.

Kartarpur corridor connects Pakistan’s Narowal city to India’s Gurdaspur district. Kartarpur Sahib Temple is one of the most revered temples for the Sikh community where Guru Nanak spent the last 18 years of his life.

The distance between the temple and Gurdaspur is merely three kilometres but the closure of this crossing forces Sikh pilgrims from India to travel hundreds of kilometres, via Amritsar and Lahore, to reach here.

In early September, Islamabad reaffirmed its commitment to the special project and urged New Delhi to show flexibility on the matter.

The Pakistan delegation was led by Dr Mohammad Faisal, Director General for South Asia and the South Asian Association for Regional Cooperation (SA& Saarc) at the Foreign Ministry. The Indian side was led by SCL Das, Joint Secretary, Ministry of Home Affairs.

In a post-meeting press briefing at the Wagah border, Dr Faisal said that Pakistan had taken unprecedented steps to facilitate the Sikh pilgrims. He urged India to show flexibility and leave political rhetoric aside.

“India needs to show some flexibility as we have taken an unprecedented initiative to reflect our commitment to the minorities,” he said, adding that another round of delegation-level talks would be held to finalise the agreement.

During the talks, the two sides agreed on visa-free travel by Indian pilgrims – in groups and as individuals. The corridor will be open all year round for 5,000 pilgrims every day, Dr Faisal said, adding that the pilgrims will be provided Langar and Prasad.

“We have agreed on at least 5,000 pilgrims from India but we are open to more. There will be local pilgrims as well as international. We will allow entry to as many as we can under the capacity,” Dr Faisal told reporters.

A statement issued by the Foreign Ministry said that both sides agreed that an identification card would be issued by Pakistan to the visiting pilgrims, while a joint working group would be constituted by both sides to facilitate the smooth implementation of the agreement.

“It was stressed that Pakistan’s Kartarpur spirit was aimed at facilitating and promoting Nanak Naamlevas but limiting pilgrims was necessary in the initial phases due to capacity constraints,” the statement said.

As announced by Prime Minister Imran Khan, Pakistan will allow visa-free access to pilgrims of all faiths, seven days a week, throughout the year, it said, adding: “Pilgrims will be charged nominal amount as service charges for the upkeep/maintenance of the Gurdwara Sahib.”