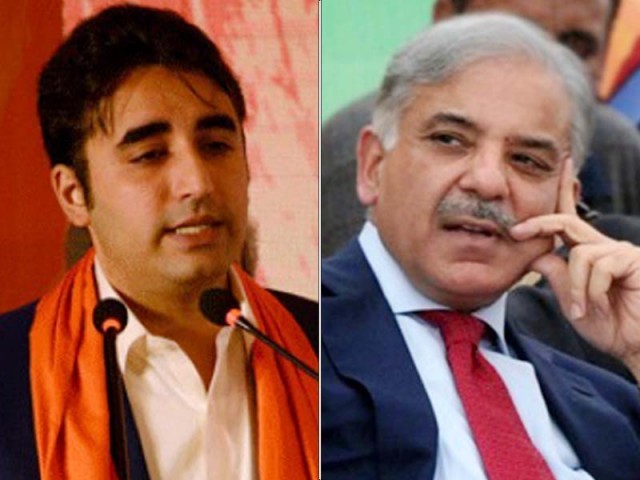 KARACHI / ISLAMABAD: Prime Minister Imran Khan’s speech at the UNGA has drawn a mixed response from the opposition parties.

Pakistan Muslim League-Nawaz (PML-N) President Shehbaz Sharif on Sunday assured the government of his party’s unconditional support over the issue of Kashmir.

“When it comes to occupied Kashmir, we, the government and opposition, are united like a rock,” he tweeted.

“[We are] unwavering in our moral, diplomatic and political support to the oppressed Kashmiris. Mr Modi must make no mistake about it!” he added.

The PML-N president further said Pakistan’s contributions to world peace were well-documented. “We have been one of the largest troop contributors to the UN peacekeeping missions. Our armed forces have fought valiantly against terrorists. We are a responsible nuclear state. The world must beware of fascist Modi.”

However, Shehbaz also took a swipe at the PM Imran over his economic and foreign policies. “Under Imran Khan, the economy has tanked. Markets have been denuded of confidence. Hundreds of thousands of people have lost their jobs. Work on CPEC projects has slowed if not stalled. It’s failed governance,” he said. “In today’s world, countries protect their foreign policy interests through internal consolidation.”

The other opposition parties, however, were harsher on the prime minister and made it clear that they were not much impressed by his address to the UNGA.

Pakistan Peoples Party (PPP) Chairman Bilawal Bhutto Zardari accused PM Imran of using the Kashmir issue for his own publicity and not taking any concrete steps for the cause.

“The selectors and selected analysts are heaping praise on a meaningless speech. The reality is that the whole nation and the Kashmiri people are disappointed that the selected government has failed to do justice with the issue of Kashmir,” he told reporters at a village near Sehwan.

“Just like people are gathered to clap for a dictator in North Korea, similarly selected analysts are clapping for the selected [prime minister],” he added.

The PPP chairman maintained that when the premier was talking about human rights violations in occupied Kashmir, people were questioning his hypocritical approach as he was committing similar atrocities in his own country.

“A process of political victimisation like the ones in the past is under way in the country in guise of accountability and this is affecting the country’s economy and political stability,” he added.

Jamiat Ulema-e-Islam-Fazl (JUI-F) chief Maulana Falzur Rehman maintained the government had failed to convince the world to back its stance on Kashmir. “The world has not supported our stance even after Imran Khan’s speech at the UNGA,” he told reporters in Dera Ismail Khan.

The JUI-F chief claimed that Kashmir had been sold out and India and the United States were aware of this secret.

“Imran Khan has been imposed on us under a global conspiracy and he is responsible for the difficult time we are facing today,” he added.